Women's History Month — begun as a weeklong observation in 1982 before transitioning to a monthlong annual celebration in 1995 — recognizes the contributions and achievements women have made throughout American history. 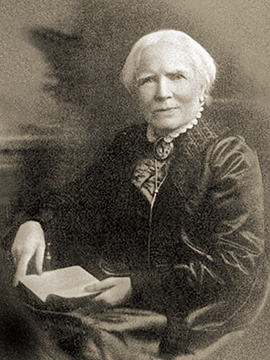 Elizabeth Blackwell was the first woman in the United States to receive a medical degree, in 1849. Born in England in 1821, her family immigrated to the U.S. in the 1830s. To help support her family following her father's death, Blackwell took up teaching, the overriding female profession of the time. But friend's death later inspired her to pursue medicine. Though there were few medical colleges at the time and none that accepted women, Blackwell eventually was accepted to Geneva Medical College in New York, where she often was seated separately at lectures and excluded from labs, and looked down upon by local residents. Her determination and scholarship, though, earned her the respect of her classmates and professors. She graduated first in her class.

Blackwell returned to Europe for additional medical training but often was relegated to traditional woman roles like nursing and midwifery. Discrimination against women physicians remained rampant when she returned to the U.S. in 1851. With difficulty finding a practice or patients, she opened her own clinic to provide care to poor women. In 1857, with her sister Emily, who also became a doctor, she opened the New York Infirmary for Women & Children. She opened a medical college in New York City, in 1868, before returning to London, wherein 1875 she because a professor of gynecology at the new London School of Medicine for Women.

Blackwell is remembered today as a pioneer for women in medicine. The American Medical Women's Association since 1949 has presented the Elizabeth Black Medal "to a woman physician who has made the most outstanding contributions to the cause of women in the field of medicine." The sexism and inequality Blackwell faced carried well into the 20th century. 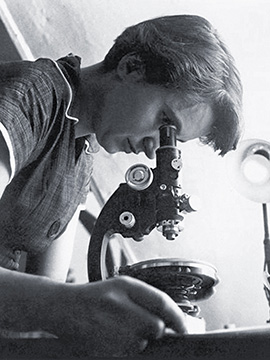 British chemist Rosalind Franklin is known for her contributions to the discovery of the structure of DNA — through credit for the achievement eluded her in her lifetime. The X-ray diffraction image that led to identifying DNA structure was taken by a student working in her lab at King's College London in 1951. Franklin soon left the college, and her data were shared — without her knowledge — to molecular biologists Francis Crick and James Watson, who famously are recognized for the discovery of the double-helix DNA model. Franklin died in 1958 from ovarian cancer, likely caused by her X-ray work. Crick and Watson were awarded a Nobel Prize in 1962. Though in recent decades Franklin has received a number of posthumous awards and is recognized for her contributions to the DNA model, she was never nominated for the Nobel. She is the namesake for the medical college in North Chicago, and we count many alums on our staff.

Of course, some of our woman physicians have helped change the course of history. 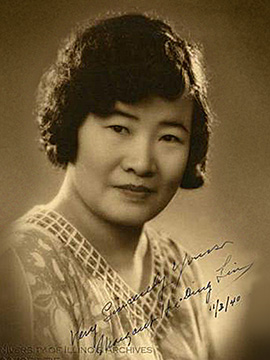 Dr. Margaret Hie Ding was one of the nation's first Chinese women doctors. After graduating from Fuzhou College in China, she came to Chicago to attend medical school here at the University of Illinois. She was one of the nation's earliest Chinese immigrants to attend medical school, and, of course, few women became doctors at that time. After medical school, she went on to an internship at the Mary Thompson Hospital for Women & Children in Chicago, and then she returned to China where she had a prestigious career as a doctor and hospital president. In 1941, she returned to Chicago and worked for several years here at the University of Illinois Medical Center and later the Illinois Department of Public Welfare. To help Chicago's Chinese residents, Margaret established a medical practice in Chinatown. On weekdays, Margaret took care of patients at the Cook County Tuberculosis Hospital, and during the weekends she attended to her patients in Chinatown. She was revered by the Chinatown community, where a park is named in her honor. 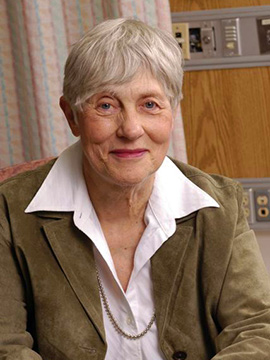 The Division of Transplantation at UIC was founded by Dr. Olga Jonasson. A Peoria native, Jonasson received her medical degree at the University of Illinois in 1958. When Jonasson decided to apply for a surgical residency, there were very few women practicing in this area. She completed a residency in 1964, followed by three fellowships, one of which was at Massachusetts General Hospital in transplantation immunobiology. She joined the faculty of the University of Illinois in 1967, where she developed the Division of Transplantation. She performed the first-ever kidney transplant in the state of Illinois in 1968, and in 1976 was named the first woman to serve on the American College of Surgery Board of Regents. Throughout her career, she served as a mentor and role model for young female surgeons. In 1993, she became the Medical Director of the Education and Surgical Services Department of the American College of Surgeons, the first female surgeon to do so. In 2002, she was awarded the Elizbeth Blackwell Medal.

The through-line from Dr. Blackwell, the first woman to receive a medical degree in the United States, to Dr. Jonasson, a pioneering surgeon at UIC honored with an award bearing Blackwell's name, continues today. We have more women leaders throughout our organization, including women physicians in our hospital leadership structure.

But though outright discrimination and sexism the early women faced in their paths to become physicians is less prevalent today, women today still face many barriers to becoming physicians and advancing to the same levels of stature, responsibility, and prestige as their male counterparts in both healthcare and academic institutions.

Research has shown male physicians earn nearly 25% more over the course of a career than female physicians. Women make up only around 40% of full-time medical school faculty positions, but the percentage from an underrepresented race in medicine (URiM) is below 15%, and most URiM women faculty are at the assistant professor rank. Less than 20% of department chairs are women. Women also are disproportionately burdened with other societal pressures — childcare, family planning — that make pursuing higher education and work opportunities difficult, if not impossible.

While we celebrate the achievements of the pioneering women physicians throughout history — including those who have served here at UI Health — there is more work to do. We must continuously challenge ourselves to empower women to pursue the medical field, support their efforts to become physicians, and advocate for their growth in academic and medical fields. This is part of our mission at UI Health — develop the next generations of healthcare leaders.

Let us remember this not just this month but every day.