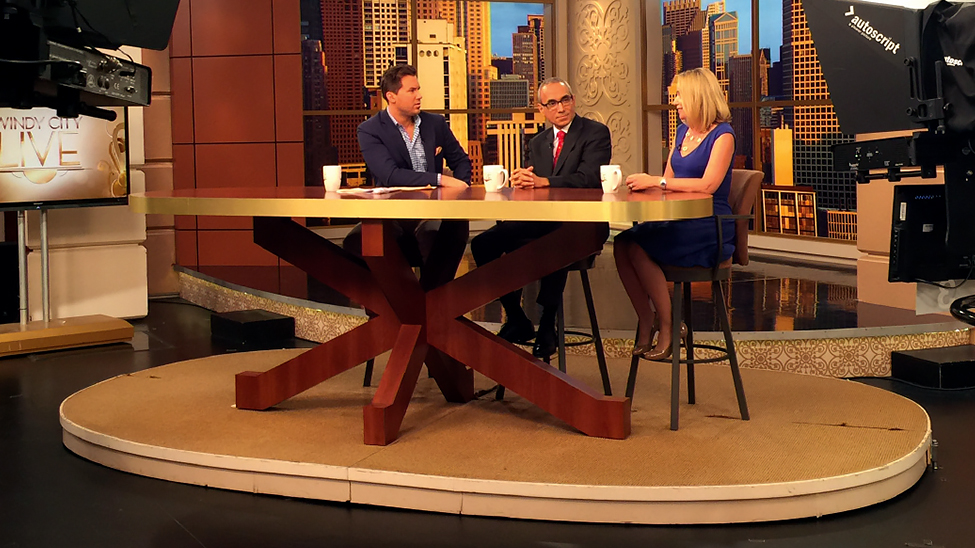 UI Health is a top destination for complicated neurological conditions, including brain aneurysm. But because awareness of brain aneurysm is low, many people do not know the signs or symptoms of brain aneurysm, let alone where they should go for the best aneurysm care. We saw an opportunity to close the general brain aneurysm awareness gap while magnifying our world-class Brain Aneurysm Program and its outstanding patient outcomes. To do this, we would create an integrated marketing campaign that included traditional media, paid media, outdoor advertising, and social and digital marketing. To maximize the impact, we decided to execute the campaign in conjunction with National Brain Aneurysm Awareness Month in September.

Our campaign started by establishing both marketing and communication objectives:

Next steps included developing a message strategy, including awareness highlights and calls to action, and creating our two-part brand equity:

With our objectives and identity established, we then moved forward on developing a target audience — again, we developed in two parts. We identified a primary audience of women, ages 45-65, particularly with a genetic history of brain aneurysm, and a secondary audience of men aged 50+. We further investigated these groups to discover their knowledge, attitudes, and beliefs on brain aneurysm and its care.

The overall educational gap surrounding brain aneurysm influenced what we wanted to impress upon our target audiences:

Our process concluded by securing our distribution and media channels. In addition to our target audience, the distribution plan was based on our PSA and influencer audience, highly educated people who would travel in order to receive the best neurological care. Our campaign included:

The campaign ran for approximately 45 days between August and September 2015 to coincide with Brain Aneurysm Awareness Month. Results were tracked through impressions, unique page views to ChiBrain.com, unique page views to Neurosurgery-related web pages, and increases in calls to the Neurosciences call center.

More than 27 million impressions were created over primarily through radio and television advertising and our digital presence.

These impressions lead to 16K+ unique visits to ChiBrain.org.

Unique visits to all neuro-related pages increased by nearly 20,000 views, a more than 1,000% increase over the same time period a year prior.

The Neuro call center received more than 9,000 phone calls from August to October, an increase of more than 5,000 calls compared to the previous year.