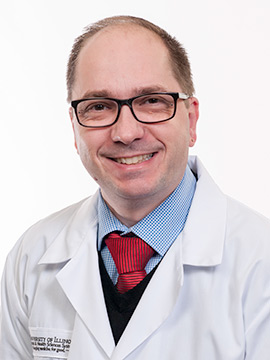 Unequal exposure to environmental pollutants acting as endocrine-disrupting chemicals is an under-recognized risk factor that may play a key role in driving the higher rates of diabetes among minority and low-income populations, according to a new article in the journal Diabetes Care.

Endocrine-disrupting chemicals interfere with the body’s ability to produce or respond to hormones. Many of these chemicals can hinder the production or use of insulin — a hormone produced by the pancreas that allows the body to use sugar from food for fuel. An inability to produce or properly use insulin causes diabetes, which affects approximately 24 million Americans.

Compared to whites, the risk for developing diabetes is estimated to be 66% higher for Latinos and 77% higher for blacks. Approximately 18% of blacks and 20% of Latinos have diabetes, compared with 9% of whites.

While studies have examined disparities in exposure to endocrine-disrupting chemicals across diverse populations — and implicated these same chemicals in helping to promote the development of diabetes — none have made the connection that overexposure to these chemicals among minority and low-income populations may contribute to their increased burden of diabetes.

“The burden of diabetes isn’t borne uniformly by society,” said Dr. Robert Sargis, of the Diabetes Center & Endocrinology Clinic at UI Health, one of the lead authors on the paper. “In order to address this disparity, we need to know all the contributing factors.”

Black, Latino, and low-income populations historically have carried the heaviest burden of diabetes. Studies are now looking at the role of disproportionate environmental exposures in diabetes among these groups, said Daniel Ruiz, a graduate student at the University of Chicago and a co-lead author on the paper.

Minority and low-income populations are much more likely to live in neighborhoods with a manufacturing plant, or near major sources of air pollution like highways or agricultural fields, Sargis said. “Many social and cultural factors have combined to contribute to the fact that these groups have traditionally lived in degraded areas where toxic exposures are more likely to occur,” he said.

Sargis and colleagues searched the medical literature from 1966 through 2016 for papers documenting associations between endocrine-disrupting chemicals and diabetes, and papers that reported on racial, ethnic, and/or socioeconomic disparities in exposures to endocrine-disrupting chemicals known to contribute to metabolic diseases, including diabetes.

They identified 36 studies that looked at five types of endocrine-disrupting chemicals (polychlorinated biphenyls, or PCBs; organochloride pesticides; chemicals in air pollution related to traffic; bisphenol A, or BPA; and phthalates) and diabetes risk, and 33 that had data on disparities in exposure to these chemicals.

The majority of the studies on exposures to endocrine-disrupting chemicals the researchers reviewed reported that low-income people of color were disproportionately exposed.

“We need to change how we think about what is driving these disparities to include the contribution of environmental pollution,” Sargis said. “Knowing that these risk factors exist presents an opportunity to mitigate them and focus on policies that reduce the risk.”

The researchers also looked at interventional studies that focused on lowering levels of endocrine-disrupting chemicals in humans. Based on these studies, they created a list of sources for each of the five chemicals they studied — along with specific exposure reduction strategies for each — with the goal of sharing it with healthcare workers.

“Health care providers need to not only become more aware of the impact of environmental exposures on their patients’ health, they should also have the resources to help their patients reduce their exposures through patient education,” said Sargis.

Jyotsna Jagai, of the University of Illinois at Chicago, and Marisol Becerra and Kerry Ard of The Ohio State University, are co-authors on the paper.

This work was supported by grants from the National Institutes of Health and a grant from the American Diabetes Association.