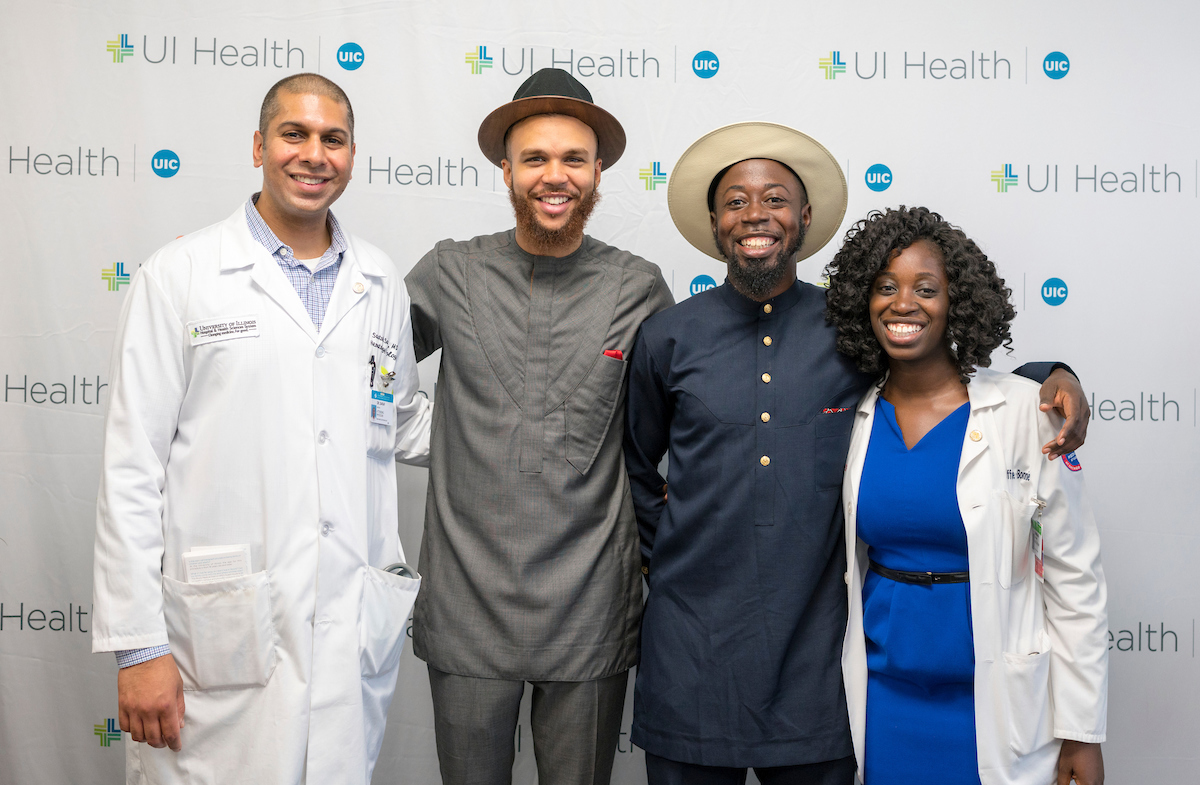 Family was the big theme when a hip-hop artist Jidenna visited sickle cell patients here Aug. 3. The Grammy-nominated artist, in Chicago as part of his "Long Live the Chief" tour and to perform at Lollapalooza, stopped by UI Health with producer/DJ Nana Kwabena to visit patients and learn more about the Sickle Cell Program at UI Health. A quick background: Kwabena's sister, Ama Baffoe-Bonnie, is a 4th-year student in the UIC College of Medicine. Nana himself has sickle cell disease, and Ama carries the sickle cell trait. Their brother, Kwame, passed away from sickle cell disease in 2011, which inspired the siblings to found AllOneBlood, a sickle cell disease advocacy organization. Knowing UI Health's history of sickle cell research and treatment, Ama arranged for a special meeting between UI Health sickle patients and Nana and Jidenna. 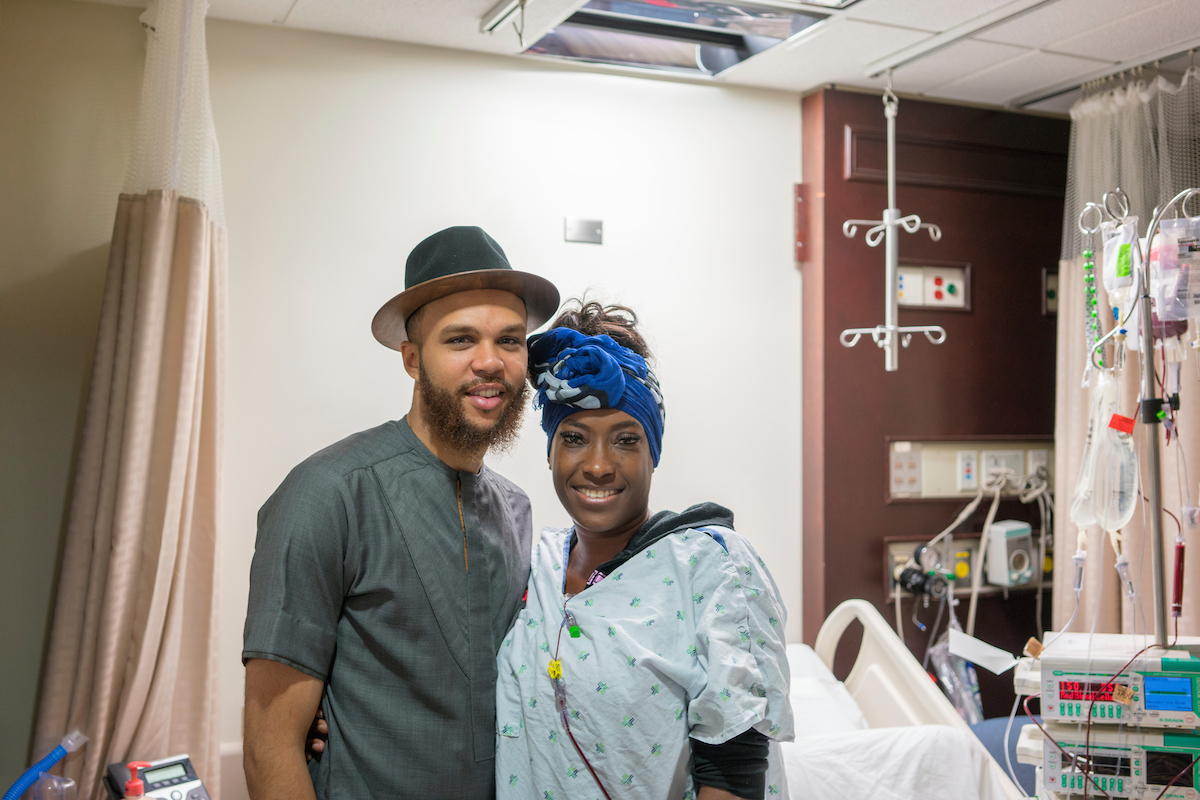 The event began with Nana sharing his personal history with sickle cell. Nana and Jidenna are longtime friends, and Jidenna has been a supportive presence in his life when sickle cell crises arise - whether they're at home in New York or on the road touring. Recalling his experiences visiting sickle cell patients in Ghana, Nana also spoke about the psychosocial elements that surround the disease. Then, he went around the room to learn more about UI Health's sickle patients and survivors.

Among the guests were Julius and Desmond Means, both of whom received a stem-cell transplant from their brother, Clifford, which cured their sickle cell. Like Nana and Jidenna, sickle survivor Kamia Quinones was joined by a lifelong friend who supported her throughout her battles with the disease. And there was Cory Simmons, the first UI Health patient to be cured through a half-match transplantation (his daughter was the bone marrow donor). Cory was joined by his sister, and mother, who spoke about the pain and difficulty Cory experienced with the disease. "I tell him he's only turning 2 years old - because when he was cured, he was reborn!" she said. 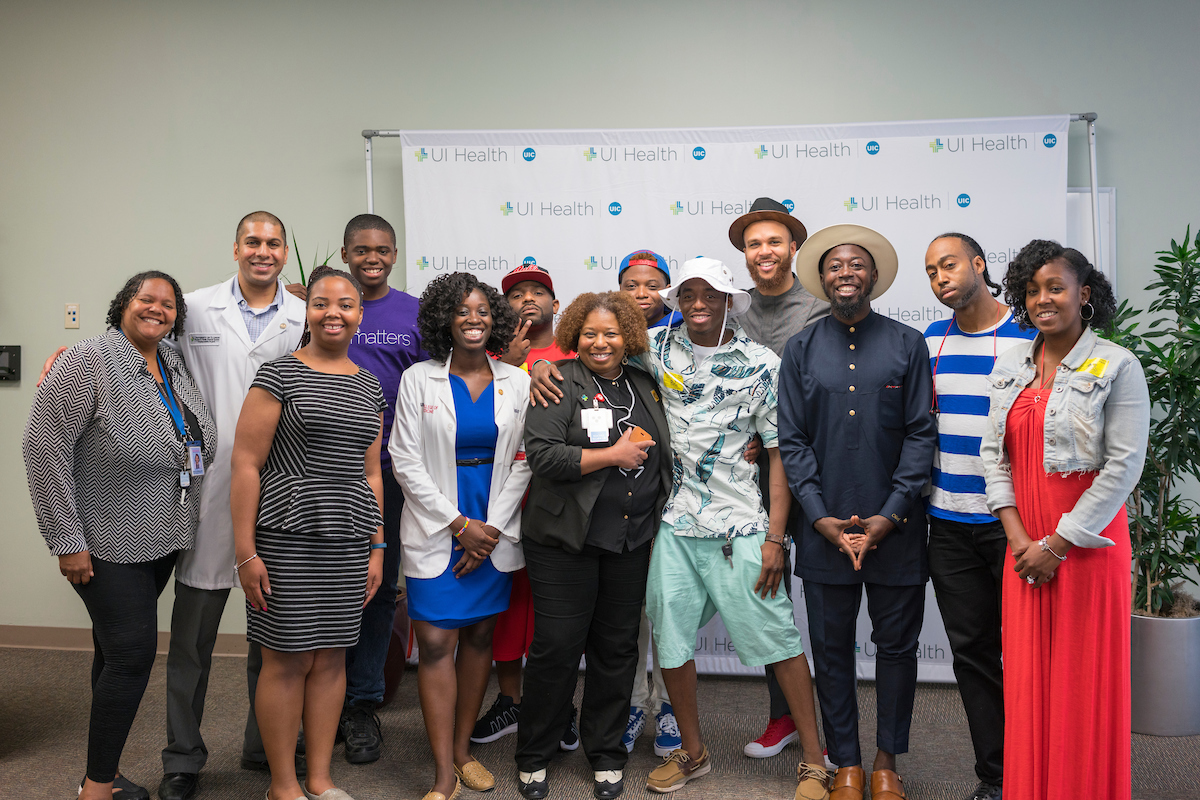 We'd like to thank Ama, Nana, and Jidenna for taking the time to meet with our patients and for connecting their family and organization with our sickle cell family at UI Health.