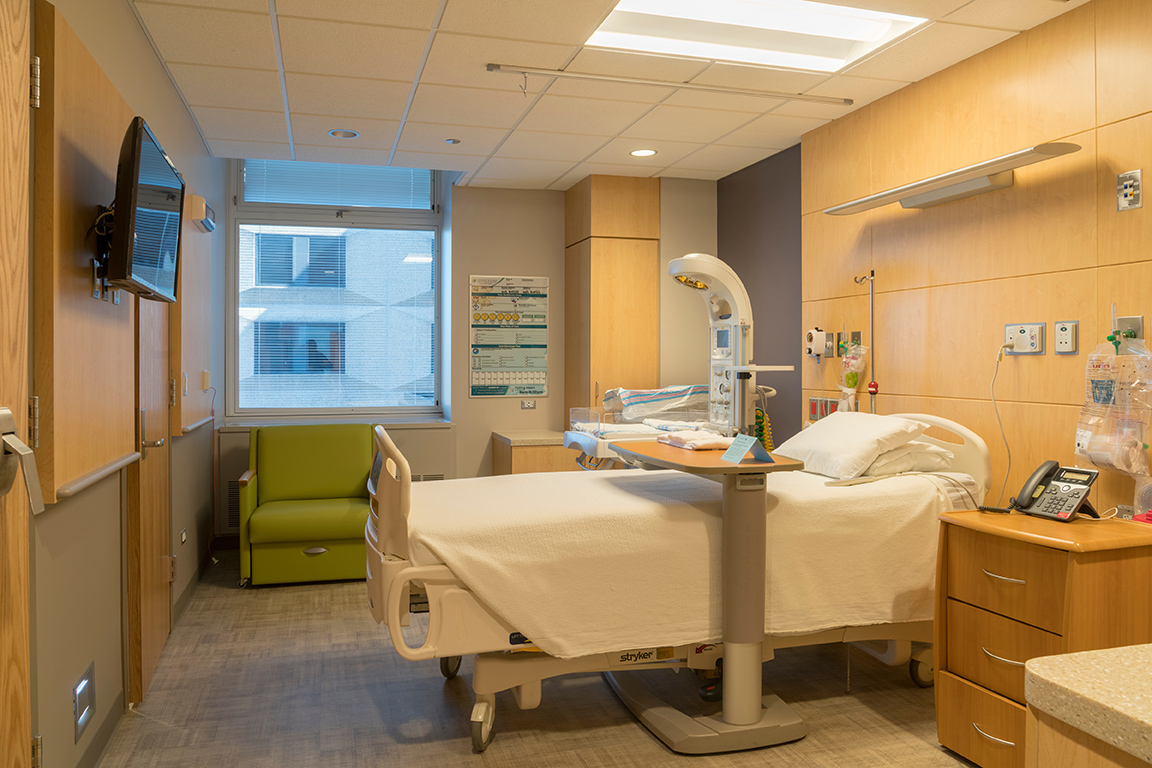 UI Health unveiled the postpartum rooms at a ribbon-cutting event March 16; the rooms will open for patient use mid-April.

Ten new, private mother/baby rooms at UI Health are scheduled to open for patient use this month.

The new postpartum rooms, on 5NW of the University of Illinois Hospital, will provide an improved experience following delivery for patients and their families. The rooms feature pullout sleepers to accommodate family members, in-room sinks, and private bathrooms with walk-in showers. Overall, they provide more space and privacy for new families during their first few days with their newborns.

UI Health unveiled the postpartum rooms at a ribbon-cutting event March 16; the rooms will open for patient use mid-April.

"This was a change we knew we needed to make — both to provide better delivery and postnatal care, and to ensure that when a mother-to-be takes a prenatal tour of our Labor & Delivery rooms, she'll choose UI Health," said Mike Zenn, CEO of the University of Illinois Hospital & Clinics. "I'd like to thank the Department of Obstetrics & Gynecology and Business Planning & Decision Support for their years of hard work, collaboration, and persistence to implement this amenity."

Private rooms had long been a request from UI Health patients, and recent changes to hospital utilization helped accelerate the plan.

In recent years, the use of medical-surgical beds at the hospital had been on the rise, while use of physical rehabilitation beds had declined — likely due to improvements in care delivery to stroke patients and those undergoing orthopaedic procedures. In 2016, UI Health formed an agreement with Schwab Rehabilitation Hospital to accept rehab patients from UI Health, which opened up space on 5NW. Eighteen rehab beds were converted into medical-surgical beds, and 10 pediatric rooms on the floor were converted into the new OB rooms.