The recent coverage decision by the Centers for Medicare and Medicaid Services (CMS) for lung cancer screenings has been called "revolutionary" by many health care providers and Dr. Kevin Kovitz, director, Center for Interventional Pulmonology & Advanced Thoracic Procedures, is one to agree. Lung cancer is not only the third-most common form of cancer but the number one cause of cancer deaths in both men and women. The screenings will take the healthcare world by storm as the new screening program can be expected to detect an estimated 54,900 additional cases of lung cancer nationally over a five-year period, with most of them being caught at an early stage. 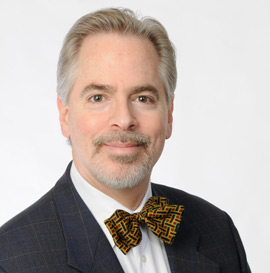 As of February, CMS is taking measures for high risk patients by allowing low-dose helical computed tomography (CT) scans to play their role in early diagnosis.

The new coverage will apply to Medicare beneficiaries who are between the ages of 55 and 77; who are either current smokers or who only quit within the past 15 years; and who have a history of at least 30 pack years (for example, they averaged one pack per day for 30 years, or two packs per day for 15 years, etc.). They also must have an order from a medical practitioner. About 4 million Medicare beneficiaries are expected to be eligible, according to the nonprofit Lung Cancer Alliance.

As the concept of screening was criticized for possible high rate of false-positives and cost, CMS took time determining a coverage plan and weighed the benefit of early lung cancer detection against the risk of over detection of benign nodules, associated anxiety and potential excess procedures. Per guidelines, all those screened must be fully informed of risks and benefits, counseled to stop smoking and participate in a full service program, says Dr. Kovitz of UI Health, a leading interventional pulmonologist. It is more than just an order. "It's about time that these services are made accessible,  based on available data the Medicare Guidelines are reasonable,"  says Dr. Kovitz as he welcomes the decision made by CMS.

Of note, the United States Preventive Services Task Force (USPSTF) earlier gave lung cancer screening a grade of B and recommended it for the criteria above but up to age 80.  By the regulations of the affordable care act (ACA), commercial insurance carriers are required to cover such services beginning with policy renewal. This can help those who are not of Medicare age but fit the criteria get screened.

UI Health has the multidisciplinary program in place to accommodate these patients.