Providers Weigh in: Contact Sports a Risk Worth Taking?

As opinions continue to circulate about the recent decision of San Francisco 49ers star linebacker Chris Borland to retire after just one year in the NFL, many are applauding what they call smart, brave, and gutsy. Borland, 24, came to this decision after suffering from concussions throughout his professional and amateur career. After consulting with researchers, former players, and scheduling baseline tests to monitor his neurological well-being going, Borland affirmed his decision to retire. The question moving forward is what impact this will have on athletes and their organizations? 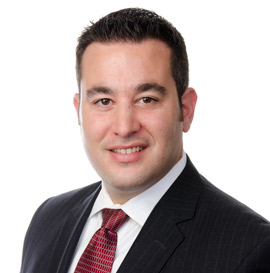 Brain injuries have been prominent in professional sports as nearly 300,000 sports-related traumatic brain injuries (TBIs) occur each year in the United States. Some brain injuries are mild, with symptoms disappearing over time with proper attention. Others are more severe and may result in permanent disability. The long-term or permanent results of brain injury may require post-injury and possibly lifelong rehabilitation.

"I think that Chris Borland's decision is one that many athletes, particularly football players, now face. It is personal one that needs to be made by the athlete after reviewing all the information available to them. For Chris, he felt that the risk of developing problems later on in life was not worth continuing to play football; other players may feel that it is worth it. Not all players will develop CTE; there are many former football players who have not developed CTE and have successful careers after their playing days."