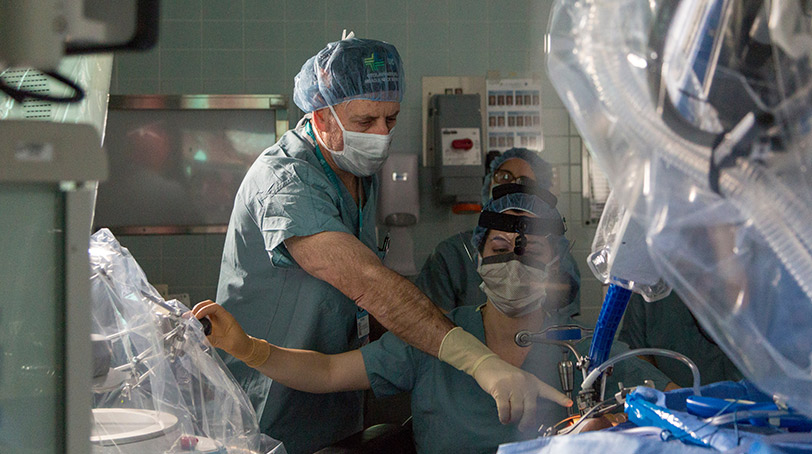 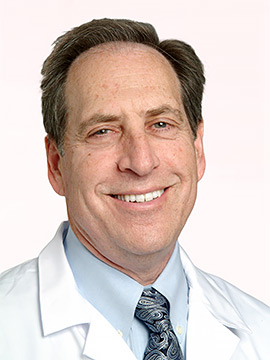 For years, robotic surgical equipment has provided UI Health surgeons with superior visualization, enhanced dexterity, and greater precision. Ultimately, it raises the standard of care for complex surgeries. But despite the benefits over traditional open surgery, constraints remain.

Instrumentation is straight, and only the ends are flexible. Some procedures still may require immoderate techniques. But a new system — the Medrobotics Flex Robotic System — allows minimally invasive procedures in parts of the body that previously were difficult or impossible to reach.

Traditional robotic systems feature a large console from which the surgeon operates — several feet away from the patient. The surgical instrumentation is straight, and only the ends are flexible. The flexible surgical robotic, however, can navigate a nearly 180-degree path around anatomy to reach a surgical target, with articulating instruments that extend to perform procedures. Surgeons can access anatomy that previously was difficult to reach and provide more minimally invasive surgical treatments — so more patients may be able to be treated with these techniques.

UI Health is the only academic medical center in Chicago to offer the Flex Robotic System for minimally invasive head and neck and colorectal surgical procedures.

"The Flex Robotic System was developed to fill a need - specifically, single-orifice surgery," said Dr. Barry L. Wenig, director of Head & Neck Surgery at UI Health. "This was not meant to replace the existing robotic systems but rather allow specific procedures to be carried out in head and neck surgery that otherwise could not be accomplished due to the lack of versatility with previous systems."

The Flex system — combining an endoscope and laparoscopic tools — creates improved access, angle of approach, and vision for transoral and transanal procedures. The portable consoles also can move between operating rooms for faster, easier setup.

"Prior to this, robot exposure was limited and surgical options were restricted to three or four procedures," Wenig said. "This has really opened up the field. It is also a portable unit that can be easily moved from room to room and does not require a fixed location."

These advancements mean that doctors can provide more minimally invasive surgical treatments - and more patients may be able to be treated with these techniques.

The first procedure Wenig performed was a laryngopharyngectomy — a cancer-treatment surgery where the larynx, or voice box, and pharynx are removed. Using the Flex system allowed him to identify where the internal cuts needed to be to obtain negative margins of resection. With this precision and high-definition visualization, the reconstructive surgeon — who was present for the laryngopharyngectomy — knew the exact dimensions for his procedure and could begin planning the next surgery.

Procedures like this that used to take several hours now can be completed in minutes. Further, tracheotomy can be avoided, length of stay in the hospital also is reduced, and patients are able to recover much faster with no visible scarring or disfigurement.

UI Health Colon & Rectal Surgeons recently were trained on the Flex system and will begin using it for colorectal surgeries.

"The unique nature of the technology will offer us a much wider range of surgical options that will hopefully attract a larger referral audience," Wenig says.