Providers Weigh In: Learn to Recognize the Signs of Teen Depression

Each day, on average, more than 5,000 young adults ages 12-18 attempt suicide in the United States along, according to The Jason Foundation, a youth-suicide advocacy organization.

And with depression being one of the leading risk factors that contribute to suicide in young adults, it's important to pay attention to the mental health of teens who may be at risk of being depressed.

Members of the Department of Pediatrics at UI Health conducted a National Institutes of Mental Health-funded study on teen depression, which involved in-depth interviews with 369 teenagers. The results of the study found that teenagers will rarely directly say that they depressed; however, teens who are at risk for depression will give indirect clues about the state of their mental health. 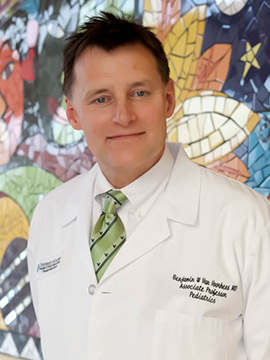 "Our research has indicated that teens are very unlikely to directly say they are feeling depressed," says Dr. Benjamin Van Voorhees, chief of the Department of Pediatrics at UI Health, a co-author of the study. "It is more likely that signs of depression or pre-depression will be conveyed by feelings of stress and irritability, among changes in sleep patterns or other behavior changes."

While it's very easy to misinterpret this behavior and what a teenager may be feeling or experiencing as just a "part of growing up" or "going through a phase," it's important to really listen to what teens are saying and how they are feeling. There's a chance that more is going on beneath the surface that can put their mental health at risk.

"We encourage parents to be very mindful of any behavior changes as this may be indicative of developing depression," Van Voorhees says. "Check in with your teenager, and don't hesitate to consult a mental health professional and/or your teenager's primary care doctor."

Researchers found that of the teens who were interviewed, more than half of the participants had visited doctors with the following physical symptoms:

It's important that parents and medical providers are aware of these symptoms. Taking the opportunity to check on a teenager's mental health could help lead them toward getting the proper help they need.

Learn more about the Department of Pediatrics at UI Health.