Providers Weigh In: Vaccinations are Vital to Keeping the Public Safe and Healthy

Despite vaccinations having prevented crippling and lethal diseases for generations, many people risk their own protection by ignoring vaccines.

Before vaccines, many children were stricken with diseases that vaccines now prevent, such as whooping cough, diphtheria, measles, and polio. Those same germs still exist, but because of vaccinations, we do not see these diseases in effect nearly as often.

Unfortunately, effectiveness has becomes vaccines’ own enemy, says Dr. Pamela Roper, a pediatrician at Mile Square Health Center at UI Health. “Because they don’t see the diseases that they are being protected from, people tend to go without getting vaccines,” Dr. Roper says. At the same time, she adds, the more people who become immune, the less likely people are to spread the disease. Smallpox is one example of a disease that has been eliminated as a threat due to generations of immunizations. 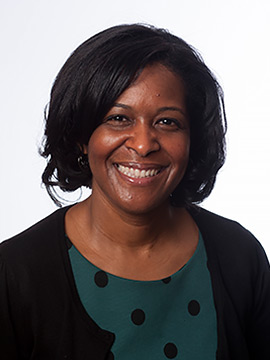 Vaccination is the act of introducing a product — known as a vaccine — into the body through needle injections, oral administration, or nasal spray. Next, the vaccine imitates an infection, which allows a person’s immune system to begin practicing fighting the disease without suffering from the destructive effects of the actual infection. Once the immune system has successfully learned to recognize and fight the disease, the body has developed “immunity” to it.

If we choose not to vaccinate because certain diseases are rare, they can spread rampantly. In the 1970s, Japan experienced a devastating whooping cough epidemic in the 1970s due to a fall in pertussis vaccination rates.

In 1974, Japan successfully immunized nearly 80% of all Japanese children. No pertussis-related deaths were reported, and there were just 393 cases of pertussis out of a population of 110 million. However, there were rumors that the vaccination was unnecessary and, furthermore, unsafe. Within two years, vaccination rates fell to 10%, and by 1979 there were more than 13,000 cases of pertussis, including 41 deaths.

At UI Health and Mile Square, we encourage you to be proactive with your vaccinations as a service to yourself, your community, and the generations to come.

Visit your primary care physician to stay up-to-date on your vaccinations.