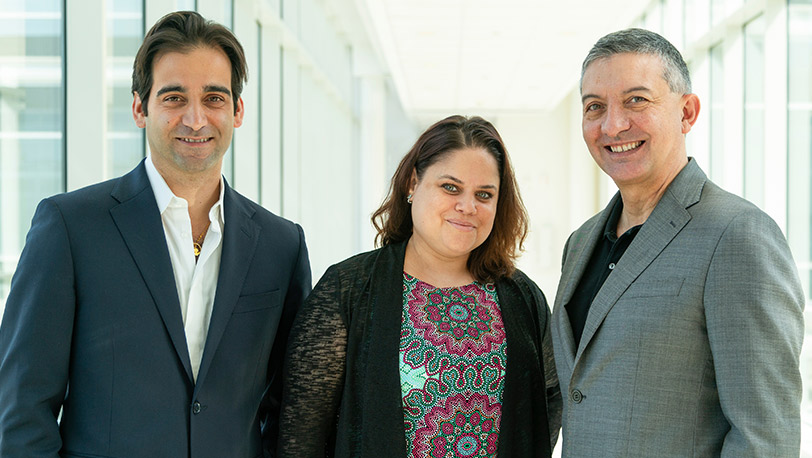 For obese patients with type 1 diabetes who don't respond well to insulin or have other serious medical complications caused by their disease, pancreas transplantation offers hope for a cure.  But obese candidates who need a pancreas transplant are often denied the procedure because of poor outcomes, including high rates of incision infections which are linked to an increased risk for failure and loss of the implanted organ.

But now, surgeons at UI Health have demonstrated that obese patients with type 1 diabetes can safely receive a pancreas transplant when the surgery is performed robotically. Their findings are published in the journal Transplant International.

"The incidence of obesity among diabetic patients has risen dramatically over the past decades," said Dr. Mario Spaggiari, a transplant surgeon at UI Health and lead author of the paper. "We have shown that by using robotic surgical techniques, this population can be safely transplanted, meaning that those who would have previously been denied can have access to this procedure that can vastly improve quality of life."

Patients with diabetes who receive a pancreas transplant can often stop taking insulin, but they must stay on an anti-rejection drug regimen. Pancreas transplantation to treat type 1 diabetes is not a first-line treatment for the disease and is only performed in patients who don't respond to insulin injections, and who have other severe complications that arise from their diabetes.

The procedure is currently performed using open surgical techniques where a single, long incision is made. The longer the incision, the higher the risk for an infection in the healing incision, which can lead to failure of the implanted organ. Robotic pancreas transplantation can be performed using a small, 5-centimeter incision where the new organ will be slipped into the body and four 1-centimeter incisions for the surgical robot's arms.

Dr. Enrico Benedetti, head of the Department of Surgery at UI Health, and colleagues pioneered the use of robotic surgery for kidney transplantation in obese patients who were routinely denied the procedure because of poor outcomes. Benedetti is a co-author on the paper.

Spaggiari, Benedetti, and colleagues looked back at the records of pancreas transplant patients who had procedures that took place at the University of Illinois Hospital over a four-year period ending in December 2018. Forty-nine patients received a pancreas transplant over that time. Seventy-seven percent of the patients had type 1 diabetes, and 70% had end-stage renal disease (ESRD) requiring dialysis. The average age of the patients was 43 years old.

"We think that robotic techniques can also be used to improve outcomes for normal-weight patients who need pancreas transplant because of the reduced risk for incision infection, which is linked to a higher risk of losing the transplanted organ," said Benedetti.

Arlys Martinez, 45 of Plainfield, Illinois, was a recipient of a combined pancreas and kidney transplant at the University of Illinois Hospital in March 2018. Martinez suffered from type 1 diabetes since she was a girl, and her diabetes eventually led to kidney failure which required that she go on dialysis in January 2018. Due to her restricted ability to exercise and water retention caused by the dialysis, she was considered too overweight to undergo pancreas transplantation at other hospitals.

"I was told at other hospitals that I would have to lose a significant amount of weight in order to get the pancreas," Martinez said. "I was cleared for the kidney, but with pancreas transplant, they didn't want to do the surgery because of the large incisions that would be required because of my weight. But it was too hard for me to lose weight at that time because I was so tired and bloated."

Martinez was able to go off insulin after her transplant, and has so far lost more than 20 pounds, and continues to lose weight. She is looking forward to feeling better and better every day.