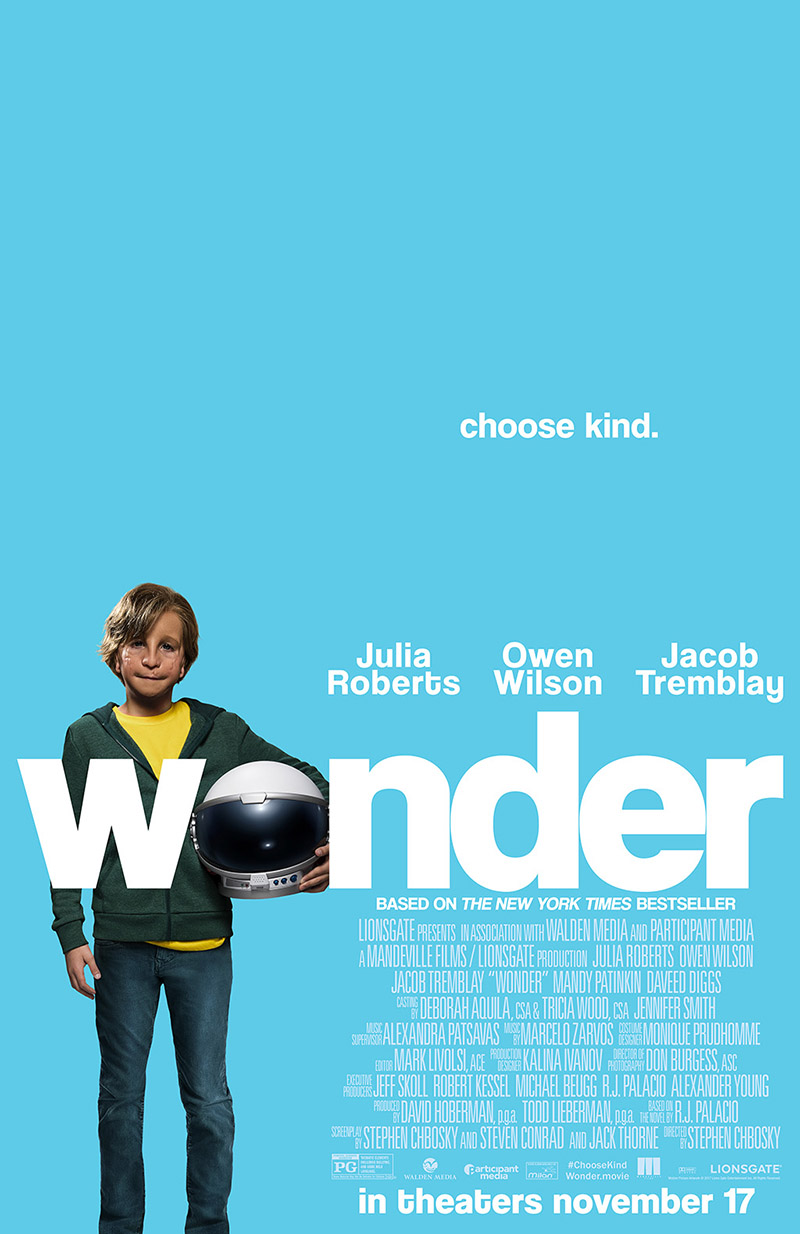 Treacher Collins syndrome (TCS) is a rare, genetic craniofacial disorder that occurs in one in 50,000 births. Various symptoms appear at birth — common symptoms include downward-slanting or drooping eyes, missing cheekbones, small jaw and chin, cleft palate, and misshapen ears — though there can be mild cases that do not affect daily life and go undiagnosed.

Children with TCS typically have difficulty eating, seeing, speaking, and hearing, and they may struggle to fit in socially.

The film “Wonder,” based on the 2012 R. J. Palacio children’s novel, tells the story of Auggie, a boy with Treacher Collins. Like most kids with TCS, Auggie has had several reconstructive operations. After years of being homeschooled, Auggie enters 5th grade at public school. The movie explores his and his family’s adjustment and experience over the course of the school year.

The UI Health Craniofacial Center is one of the oldest and largest facilities in the world dedicated to the evaluation and treatment of infants, children, adolescents, and adults with craniofacial conditions, like Treacher Collins and cleft lip and palate. Dr. Pravin Patel, chief of pediatric plastic & craniofacial surgery at the Craniofacial Center, served as one of a number of medical consultants on the film. The medical consultants worked with the makeup team to ensure the actor, Jacob Tremblay, had an accurate appearance for a child of that age and condition.

“Children with Treacher Collins syndrome encounter a multitude of issues related to the condition,” Patel says. “What most children do without out thinking, our children struggle with —  the ability to breathe, to eat, hear, and to speak. They undergo innumerable operations and have more doctors and professionals than they can count on their two hands.

“The movie ‘Wonder’ is an incredible story about a 10-year-old boy with Treacher Collins trying to live an ordinary life. It was an honor to have contributed our knowledge and expertise to the special makeup artist, Arjen Tuiten, and the filmmakers who created the extraordinary face of Augie for the film.”

The UI Health Craniofacial Center has an extensive team — including surgeons, doctors, nurses, therapists, and psychologists — that recognizes the complex needs of each craniofacial patient to fully treat their condition.

“We have an incredibly experienced team.” Patel says. “While the surgeon reconstructs what the world sees, it is our psychologists who reconstruct the self-esteem and the confidence that our children so need to live normal lives.”

Recently, Craniofacial Center patients were invited to screening of the film, and NBC 5 Chicago visited the center to talk with talk with patients about their experiences living with conditions like Auggie's.