Patients who have had a stroke in the back of the brain are at greater risk of having another within two years if blood flow to the region is diminished, according to results of a multicenter study led by researchers at the University of Illinois Hospital and Health Sciences System. These stroke patients are the most likely to benefit from risky intervention to unblock arteries, and they can be identified using a new MRI-based technology developed at UI Health. The findings are published in the journal JAMA Neurology. 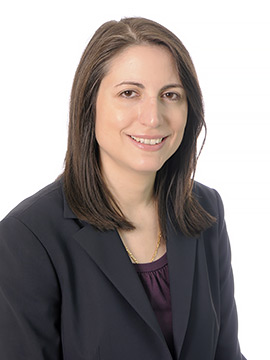 The vertebrobasilar region in the back of the brain is responsible for locomotion and balance. Vertebrobasilar strokes can be devastating, causing partial or total paralysis. They account for 30 percent to 40 percent of all strokes, or about 200,000 cases per year in the U.S.

Stroke patients found to have narrowing of the blood vessels in the back of the brain caused by atherosclerosis can have angioplasty, a procedure to open blocked arteries, but the procedure carries its own risks. And because blockages don't always correlate to locally reduced blood flow - thought to be the real culprit in raising stroke risk - researchers wanted to better understand the relationship between arterial blockages, blood flow, and recurrent strokes.

"Having a blockage present in a blood vessel doesn't always correlate to low blood flow," says Dr. Sepideh Amin-Hanjani, professor of neurological surgery at UI Health and principal investigator on the study. "There can be a blockage and flow can be normal, if other nearby blood vessels are able to compensate."

She and her colleagues wanted to try to identify which stroke patients are at highest risk for further strokes and so might benefit from angioplasty despite the risks of the procedure.

They followed 72 adult patients who had a stroke or temporary symptoms of a stroke, known as a transient ischemic attack, in the back of the brain and who also had at least 50 percent blockage of the arteries in that part of the brain. The patients were followed for an average of 22 months at five academic medical centers as they continued receiving standard care for their condition from their neurologists.

Participants were evaluated for reduced blood flow in the back of the brain using NOVA, or Noninvasive Optimal Vessel Analysis, a software program that can quantify the volume, velocity, and direction of blood flowing through any major vessel in the brain using standard MRI equipment. The NOVA software was developed at UI Health by Dr. Fady Charbel, professor and head of neurological surgery, who is a co-author of the new study.

One-fourth of the study participants were found to have diminished blood flow in the back of the brain, which turned out to be a significant predictor of subsequent stroke. These patients had 12- and 24-month stroke-free survival rates of 78 percent and 70 percent, respectively, compared to 96 percent and 87 percent for patients with normal blood flow.

"About three-quarters of patients didn't have low blood flow in the vertebrobasilar region - other arteries are doing the job of ensuring that proper blood flow is reaching that area - and these patients would not benefit from treatments aimed at opening the vessels, such as angioplasty - in fact, the procedure would put these patients at unnecessary risk," Hanjani said.

The ultimate goal is to find what treatments might be most effective for each patient, Hanjani said.

The UIC Office of Technology Management helped to transfer the NOVA technology to a startup. VasSol, Inc. further developed the technology into a product with an improved user interface, adding functionality and applicability.

Hanjani and her colleagues hope that the ease of identifying the high-risk group using NOVA will enable further study of the condition and the evaluation of new therapies to further reduce the risk of recurrent stroke.

For more information on the study click here (PDF).