Zika Virus in the US: What it Means & How to Protect Yourself

Dr. Susan Bleasdale, medical director of infection prevention and control at UI Health, talks about the risks of the virus and what individuals need to do to stay safe.

Vector-borne diseases like dengue fever and chikungunya never have been major concerns in the United States. The diseases are spread through the bites of infected mosquitoes, but the Aedes species mosquito that transmits them is not native to this part of the world. However, products of globalization — think produce shipments — have transported Aedes around the world. So while dengue and chikungunya have appeared in the U.S. mainly as travel-related infections, in recent years they also have been locally transmitted both in Florida and Hawaii, states with climates most like the tropical and subtropical areas where Aedes most often is found.

The likelihood of local transmission of these diseases — symptoms of both mainly are fever, rash, and joint pain — is small, thanks to modern mosquito prophylaxis like insect repellent, window screens, and air conditioning. But it’s a different story for Zika virus. 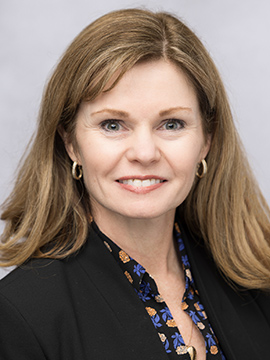 Like chikungunya, and dengue fever, Zika is transmitted through bites from infected Aedes mosquitoes. Further, it can be spread between sexual partners and, of the most concern, between a pregnant woman and her fetus.
In otherwise healthy adults, the symptoms of Zika are mild — mainly fever, conjunctivitis (pinkeye), rash, and aches and pains. However, for women who are pregnant, one of the manifestations in infants is microcephaly, a birth defect where babies are born with a smaller-than-expected head and, thus, smaller brain and related developmental delays.

Microcephaly has been an epidemic in Brazil, where in May 2015 Zika was confirmed as a mysterious disease spreading across the country.

“How Brazil found it was their average for four or five years was 150 cases of microcephaly a year, and then they had 6,000 reported cases of microcephaly,” says Dr. Susan Bleasdale, medical director of infection prevention and control at UI Health. “In April, they investigated about 2,200 of those cases and confirmed that about 1,000 of those were congenital (passed from the mother to the infant), and that’s how they found the association with Zika.”

There is no currently approved vaccine for Zika virus.

How to Protect Yourself from Zika Virus
“They’re recommending that if you are pregnant, you do not travel to areas of transmission. That’s first,” says Bleasdale. Further, the Centers for Disease Control and Prevention recommends considering not traveling if you’re thinking of becoming pregnant. If you do travel, it recommends postponing pregnancy and using contraception until after you return.

“For women, they’re recommending you wait two months,” Bleasdale says. “But for men they’re recommending six months because it’s transmitted in the semen longer because there are certain parts of the body that are sort of spots where your immune system can’t get to, so sometimes can hide viruses for a little bit longer — the testicles and the prostate are one, the eyes are another one — so that’s why it’s longer for the male partners than for women.” Visit the CDC website for full recommendations for protecting oneself during sex if living in or having traveled to an area with Zika  transmission.

For travelers, protecting yourself from mosquito bites is important both while traveling and upon return. Wear long-sleeved shirts and pants and use mosquito repellent when out in areas where mosquitoes may be present, and avoid dawn and dusk time periods because those are high times for mosquito bites, says Bleasdale. Make sure there are screens or mosquito nets if staying in venues without closed windows. The CDC has additional travel-focused tips and resources.

Zika Virus in the U.S., Chicago
As of mid-August, the CDC reported that in the United States there were more than 2,200 cases of Zika virus, including more than a dozen locally transmitted cases in two areas of Miami, Florida. The Florida Department of Public Health has advised pregnant women and their partners avoid travel to the Miami area.

There were 45 reported cases — all travel-related — in the state of Illinois, according to the same August numbers from the CDC, but there are no confirmed numbers for the city of Chicago or Cook County.

“In Illinois, we don’t have the mosquito that would be likely to transmit this,” says Bleasdale. “Most of the cases in the United States have been related to travel to areas of ongoing transmission. And so it is trying to figure out whom test and when to test and how to get them tested.” Expanded testing of those without travel in Florida has revealed mosquito transmission locally.

Testing for Zika Virus
Currently in the United States, testing is prioritized for pregnant women, but it’s reasonable for anyone who has symptoms of Zika or concerns about it to see their physician, says Bleasdale.

In the Chicago health community, Bleasdale says the largest efforts are focused on making sure providers identify people that come from at-risk areas and that they have appropriate testing for pregnant women who have traveled to an infected area or who have a partner who has traveled to an area with Zika. This includes coordination with obstetrics and gynecology physicians to be sure they know how to refer cases.

“Some of that coordination is just communication and screening — ‘I have a case, and this is what’s happening. Do you think it is somebody that would be tested?’ Yes or no? Then it’s just checking to see what’s the current status of testing,” Bleasdale says.
Outside of the CDC, the Department of Public Health is the only other entity testing for Zika — no hospitals have testing for it on their own. If a doctor concludes that a patient may have Zika, the physician must review the case to see if it meets the DPH’s criteria for testing before they actually collect a blood or urine sample for testing.

The turnaround time for results generally is around two weeks, but during periods of heavy testing — March, for example, following spring break travels — it can be closer to a month. Physicians will try to provide reassurance and education during this time to try to quell anxiety in patients.

“Some of the OB-GYNs then will do early ultrasounds to look for any signs of abnormalities,” Bleasdale says. “Some of the findings besides microcephaly are calcifications in the brain. So an ultrasound sometimes is reassuring in the time frame that you’re waiting.”
Beyond evaluating patients they see, physicians also need to be aware of what patient populations likely are to be most at risk.

“New York published [a Morbidity and Mortality Weekly Report] that was interesting in that they looked their numbers of testing that was being done — and there was a significant amount being done — but they mapped it by boroughs. And when they looked at certain boroughs that had high levels of immigrants from those areas (of transmission), there was not very much testing going on,” Bleasdale says. “So then they did some outreach of testing to those neighborhoods. People that maybe are less socio-economically challenged have better access to care and can call their doctor and say, ‘I’m pregnant. I want to get tested I just came back from wherever,’ versus some other areas that are at need.

“At UI Health, we serve a lot of minority populations, so we’re able to serve those that are at risk,” Bleasdale says.

Zika’s Global Health Implications
This summer saw tens of thousands of people traveling to and from Brazil — the epicenter of the Zika crisis — for the Olympic Games in Rio de Janeiro. The presence and threat of the virus there quickly turned the disease from a foreign concern to a global health crisis. With a global event like the Olympics bringing an influx of travelers to an area of transmission, it becomes a much larger public health concern when they return home.

“The implications are significant because there’s travel to an area where there’s a disease that then can be brought back and then transmitted,” Bleasdale says.

The main issues around other countries, she says, is whether they have the vector that can sustain transmission and whether will they have ongoing issues of transmission?