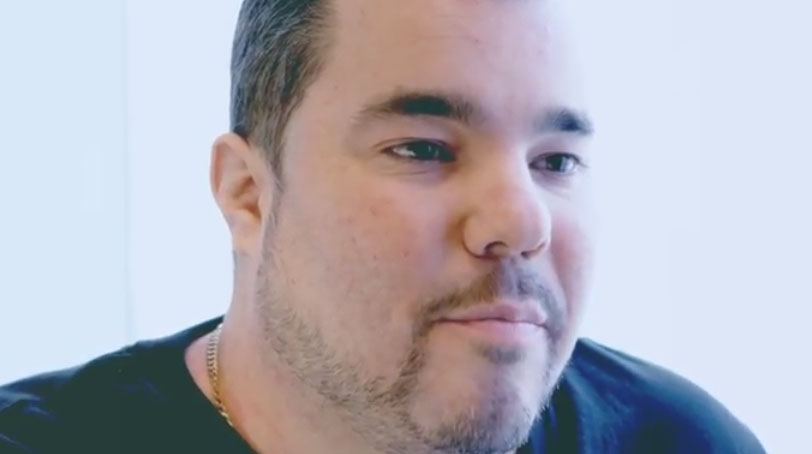 I was doing a regular stand-up comedy show almost two years ago when one morning I woke up and my tongue was so swollen that I went to the hospital. They ran some tests, and when they came back in, they said, “You might want to sit down.”

That’s how I found out I had cancer.

I never even went home. They took me in an ambulance to UI Health. I was a wreck. I went from telling jokes to thinking I was going to die.

The next few months were a blur of radiation and chemotherapy, plus morphine for pain. I had three ports — one in the middle of my chest and one in each arm. My weight dropped from 212 pounds to 108. I was constantly getting blood transfusions, and eventually a bone marrow transplant. (The guy who donated mine is a saint, by the way.)

It was really, really scary.

The week before my diagnosis, I was doing a leukemia benefit as a comedian — a play I wrote. It’s really ironic. Life was hopping. I had a YouTube series. I was blogging. Doing live shows.

Then you get hit with this. It totally flips your world around.

I’m still telling stupid jokes, though. Humor is the best way to survive. When I was in the hospital, people would come in all serious. I’d say: “I look like Lindsey Lohan! Come on!”

This whole thing has been a battle, but we’re winning.

I say “we” because I love UI Health. Dr. Rondelli has been taking care of business. Even when my spirits are down, Dr. Rondelli changes me. He comes in wearing his Cubs hat, busting my chops about the White Sox. He’s been in my corner no matter what.

The nurses have been wonderful, too. Janet and Sue in the cancer clinic — they take care of you in the day-to-day. Without great nurses, I’d have been up the creek.
On Aug. 13, I’ll be in remission. In the meantime, I’m taking my pills and doing everything the doctor tells me to do. I’m still being me, goofing around. Why should I change who I am just because I’m sick?

I hope my story inspires people who are going through the same stuff. I hope they say: “If Vinnie from Chicago can do it, I can, too.”