What is a Brain Aneurysm?

Karen Koszut thought she had a terrible headache. It was a brain aneurysm 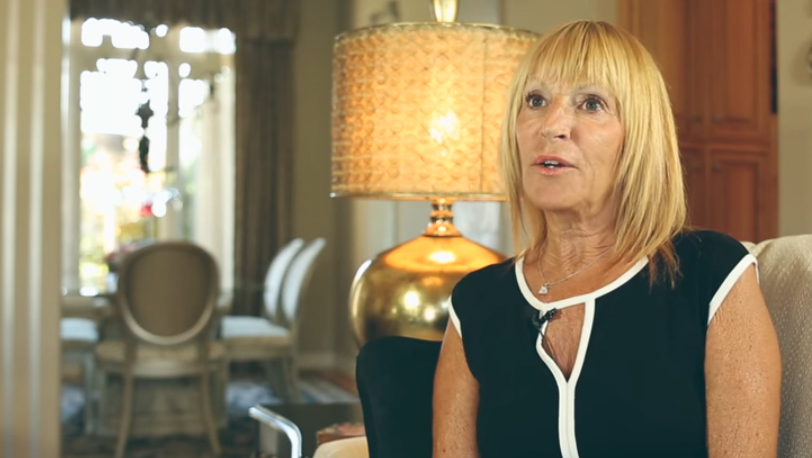 "My husband went downstairs to get me an aspirin. When he came back upstairs, I told him to dial 911 or take me to the hospital. I felt like I was detaching from myself."

About 13 years ago, I went to bed feeling fine. But in the middle of the night, I woke up with a horrible headache. It was like my head was being squished in a vise.

To help ease the pain, I tried to get out of bed to go downstairs and get aspirin, but because the pain was so intense, I fell down. I crawled back to my bedroom door and tried to grab the doorknob, but instead, I hit my head on doorknob, waking up my husband.

I told him, “I’m not right. Something is wrong.”

My husband thought I had the flu. So, he put me back in bed and went downstairs to get an aspirin. But while I was lying in bed, I felt like I was drifting away. When he came back, I sat up and told him to dial 911 or take me to the hospital. I felt like I was detaching from myself.

We went to a local hospital in Palos Heights and I was given a CT scan. The scan revealed that there were two spots leaking behind my optic nerve. The doctors sent me to UI Health immediately.

Within six hours after being at UI Health, I had surgery.

When I woke up, the surgeon, Dr. Konstantin Slavin, told me I suffered from an aneurysm. I didn’t even know what an aneurysm was.

My head hurt everyday after surgery, but with time, I started to feel better. Two weeks later, Dr. Slavin said it was time to go home.

“But I don’t want to go home,” I said. I wanted to stay at UI Health. I felt safe. However, Dr. Slavin said that I had recovered remarkably well and that it was time for me to get back to my life.

What I loved about Dr. Slavin was that he so kind to me and answered all my questions. He made me feel like I was a special patient to him. He helped me understand what an aneurysm was. He took his time with me. He was honest.

Dr. Slavin said I was the poster child for aneurysms because I didn’t suffer from any other life-altering behaviors. In fact, a lot of people aren’t as lucky as me — they die. I didn’t realize how lucky I was.

Now that I’m fully recovered, you’d never know I had an aneurysm. Six months after surgery, Dr. Slavin said I didn’t have to see him anymore.

But he told me that he had sicker patients that he needed to care for — and that I was going to be OK.

It’s funny to think that you want to go to a hospital, make the drive, make an appointment, sit in the waiting room, just to see him — but that’s how much Dr. Slavin meant to me. I always knew I was in good hands.