What does it take to make a rock band?

Well, you need a drummer laying down the rhythm with that bass. You need the guitar with the monster hooks. And you need that voice; that singer that takes the energy from the band and gives us all something to shout at the top of our lungs. But taking it there can come at a price. Just ask Ben Van Buskirk, lead singer of the Chicago based rock group Seven Day Sonnet.

Only a few months after releasing the band's 2009 debut album "Reprisal", Van Buskirk's voice flamed out. It began to crack, and he became hoarse for long periods of time. He knew that something was wrong and heeding the advice of his girlfriend, Van Buskirk met with University of Illinois Hospital & Health Sciences System laryngologist and director of Chicago Institute of Voice Care, Dr. H. Steven Sims. 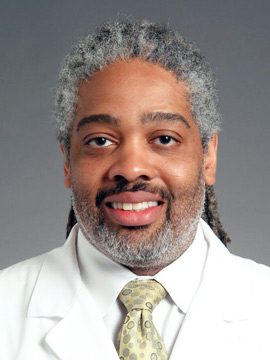 UI Health laryngologist H. Steven Sims, MD, an associate professor of otolaryngology, and musician in his own right, has treated singers and other performers with voice disorders as Director of the Chicago Institute for Voice Care.

He was able to use his years of experience treating vocalists to diagnose Van Buskirk with vocal polyps, a benign growth on the vocal chords. Those polyps arose from Van Buskirk constantly straining his voice. Turns out he rocked it right out of commission. But fortunately for Van Buskirk, Dr. Sims specializes in finding voices that have been lost.

The hardest thing for the front man of Seven Day Sonnet, according to Dr. Sims, would be taking care of and protecting his voice after surgery. Ben Van Buskirk had to quit smoking and really focus on what Dr. Sims taught him during his voice treatment.

"Now I do warm-ups backstage-scales, for example. Most singers don't do that," he said. "I changed my whole routine. I drink a lot of water when I wake up every morning. At work, I support my voice adequately and get close enough to people so I don't have to yell when I talk with them. And I try to do at least two periods of vocal rest every day, times when I don't talk at all."

As the band's reputation and club bookings grow, Van Buskirk is glad his most important tool is in good working order for the increased demands ahead. "It was reassuring to have a doctor who's a musician and singer himself. It was an amazing weight off my shoulders to know that a doctor was there who could assure me that if I got the procedure I could use my voice as I needed to when the band's work got heavier," he said.
For Sims, who's treated dozens of singers and artists sees working with artists like Van Buskirk as part of his medical and musical mission.

"I am always interested in helping young singers help themselves with knowledge and tools that protect their own voices and help them identify their sources of support," he said.

Not only has Ben Van Buskirk found his voice again, he's found a doctor on a mission to ensure he never loses it again. It's just one of the ways the doctors at the University of Illinois Hospital & Health Sciences System are changing medicine, and changing it for good.

Click here for more information about Dr. Sims (pictured above).