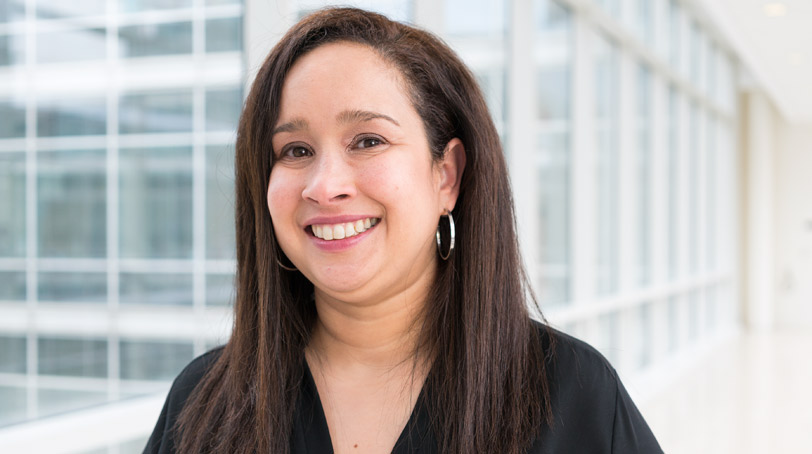 When I woke up that morning I knew something was ‘off' because I felt as if I were in a trance. I could barely raise my arm. I reached for the phone to call for help but couldn't press the buttons.

Having trouble moving one side of my body, it took me almost two hours to get dressed. I finally made it to the car, climbed in and then realized I wasn't going anywhere - my car has ‘push-button start.' I'd also forgotten my shoes but knowing I needed help, walked four blocks to my parent's house without them.

Even though I was alone, I wasn't scared. That would come later. In the moment, I was just focused on surviving.

I arrived at my mom and dad's house disheveled and unable to speak. Since I didn't have the visible facial drooping normally associated with a stroke, it took my parents, both physicians, several minutes to understand I was suffering from the after effects of one. They rushed me to the nearest hospital where I was then transferred to Chicago's premier stroke center at the University of Illinois Hospital & Health Sciences System.

Everyone at UI Health was so accommodating to me and to my family. The nurses were phenomenal. Though I slept most of the time I was there, I could feel their concern for me.

My neurologist, Dr. Fernando Testai, was awesome. It's so easy for doctors to gravitate toward family when discussing a loved one's condition and even more so when the family members are physicians. But Dr. Testai saw me - he talked to me - not to my family. That was so important.

Before my stroke I was a perfectionist with high standards for myself and others. Now I know some things are beyond my control and I have a deeper appreciation for the time I spend with family and friends.

Today I am still undergoing speech therapy. Sometimes I get frustrated because I'm not able to convey my feelings accurately through speech. But I'm a fighter and a survivor and through my faith I stay strong.

I can't say enough good things about UI Health. They were wonderful.