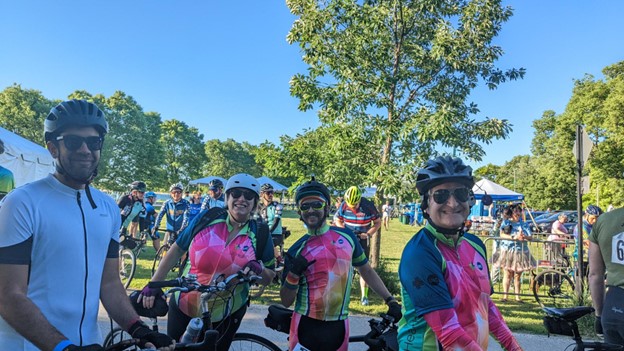 Over this past weekend (June 18-19, 2022), members of the faculty and staff of UIC's Division of Infectious Diseases and the UI Health Community Clinic Network (UCCN) participated in the 2022 TPAN Ride for Life Chicago as Team UCCN. This event was the culmination of a highly successful fundraising season that included an Amateur Drag Turnabout Show hosted by Hydrate Nightclub and a "Sip and Paint" event hosted at Pinot's Palette in Logan Square. Overall, Team UCCN raised just shy of $11,000 to help support services for HIV patients at UCCN, a network of six clinics located throughout Chicago, and TPAN, Chicago's oldest HIV service organization. 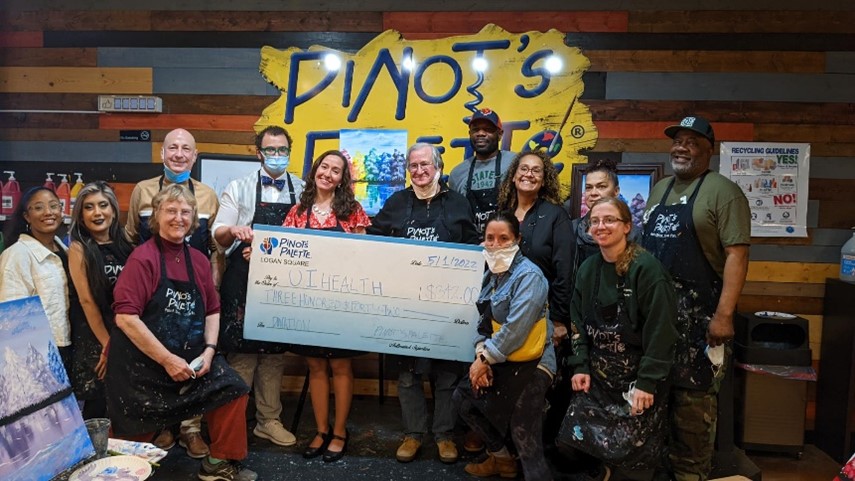 Team UCCN hosted a "Sip and Paint" Fundraising event in May as part of this year's Ride for Life. Team UCCN and community supporters raised $430 in donations while creating beautiful and unique pieces of art. Team UCCN wants acknowledge the generous support of Tony Porfirio and all the staff at Pinot's Palette in Logan Square.

A great number of dedicated crew members and volunteers from TPAN and the other teams assisted throughout the event. A special acknowledgment, however, is due to Team UCCN's very own volunteers and Cheerleading Squad: Nicolas Gordon Llinas, Elena Llinas, PhD, Lisette Villarreal, Gina Cook, Nayda Medina, Dr. Katie Mena, Maria Elena Mena, Soren Mena, Maggie Mena, and the Bahena family (Fabian, Penelope, and Jax). They kept the teams spirits up with their enthusiasm and provided essential logistical support throughout the weekend. 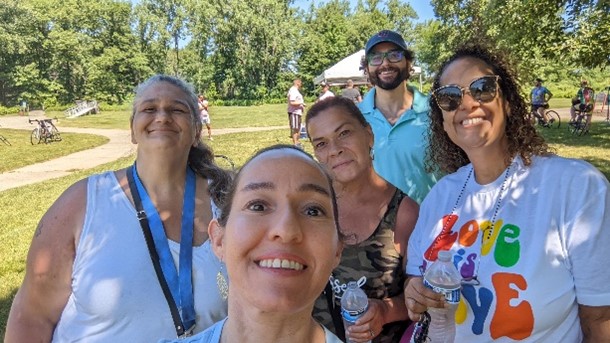 The Division of Infectious Diseases wants to give a special thanks to Charlie Peterson. As a co-captain, along with Nicolas Gordon Llinas and Elena Llinas, Charlie was not only essential at planning and coordinating all of the fundraising events this season, but also performed at the Charity Drag Show and trained tirelessly throughout the Spring to complete the ride, despite bad weather and getting COVID. This is Charlie's first Ride for Life and he impressed and inspired everyone that met him over the weekend. In addition, Team UCCN is proud to crown him as the Most Accomplished Fundraiser of 2022, having raised $2,845 single-handedly! Thank you Charlie for your hard work and dedication! 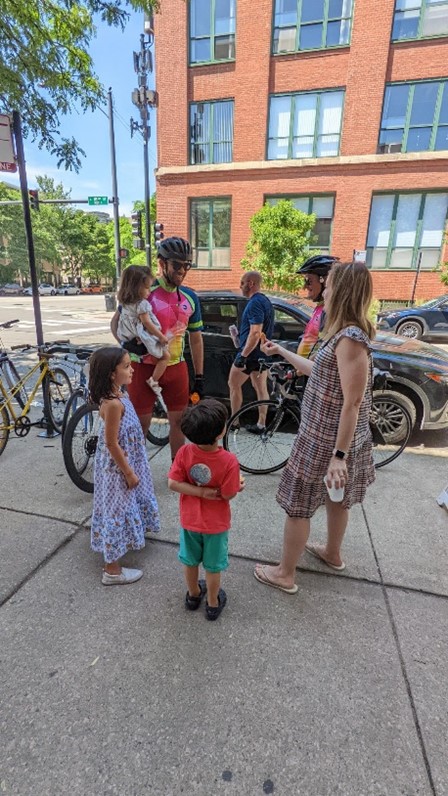