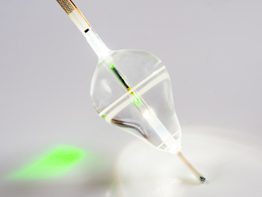 UI Health is the first hospital in the Midwest to offer an improved minimally invasive treatment for atrial fibrillation, also called AFib.

Pulmonary vein isolation (PVI) is a first-line treatment for patients whose atrial fibrillation does not respond, or no longer responds, to medication. In PVI, a specialist uses catheters to access the heart and deliver small doses of energy to destroy the tissue that causes the heart to beat irregularly.

The new treatment, performed by an electrophysiologist using the HeartLight Endoscopic Ablation System, uses a laser to destroy the problem tissue in place of the radio waves used in standard PVI. The laser's visual guidance provides physicians with a direct view into the heart that was previously unavailable.

The Food and Drug Administration approved the new system a year ago. In early trials, patients experienced similar rates of success as with standard PVI - one study showed 61 percent experiencing freedom from AFib at 12 months. But electrophysiologists think that the technology may help improve long-term success rates by creating a more pinpointed and long-lasting therapeutic lesion. 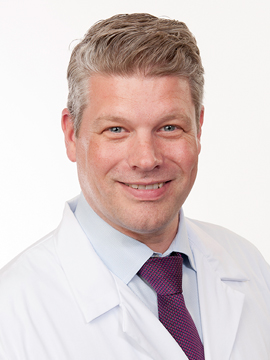 Dr. Erik Wissner, director of cardiac electrophysiology at UI Health, has experience using the HeartLight system in Germany, where it has been approved since 2009. He performed the first commercial procedure in the U.S. on May 4. He says that greater precision in the interventional treatment of AFib is good for patients.

"We are very happy we can offer a new treatment option to our patients," said Wissner, who is associate professor of medicine at the University of Illinois at Chicago. "Currently, about one-third of patients who undergo PVI will return for a repeat procedure because their AFib comes back. As we study PVI with the visually guided laser, we hope that those numbers may be reduced."

AFib is the most common type of arrhythmia, and the risk increases with age. The Centers for Disease Control and Prevention estimates that up to 6.1 million people in the U.S. have AFib, which can lead to an increased risk of stroke. It can also cause chest pain, heart attack, or heart failure.