Gift of Hope closed out its National Minority Awareness Week activities a little differently this year by recognizing those professionals and families who have committed to saving and improving the lives of others. The Organ and Tissue Donor Network took this opportunity to pay homage to those who - many times anonymously - make significant contributions to our community by honoring them with the "Heroes for Hope: Real-Life Lifesavers" award.

"Everyday heroes are seldom recognized for their important contributions," said Kevin Cmunt, Gift of Hope's President/CEO. "Our ‘Real-Life Lifesavers Award' honors many of these people who, like us, are committed to saving and improving the lives of the people in our communities." 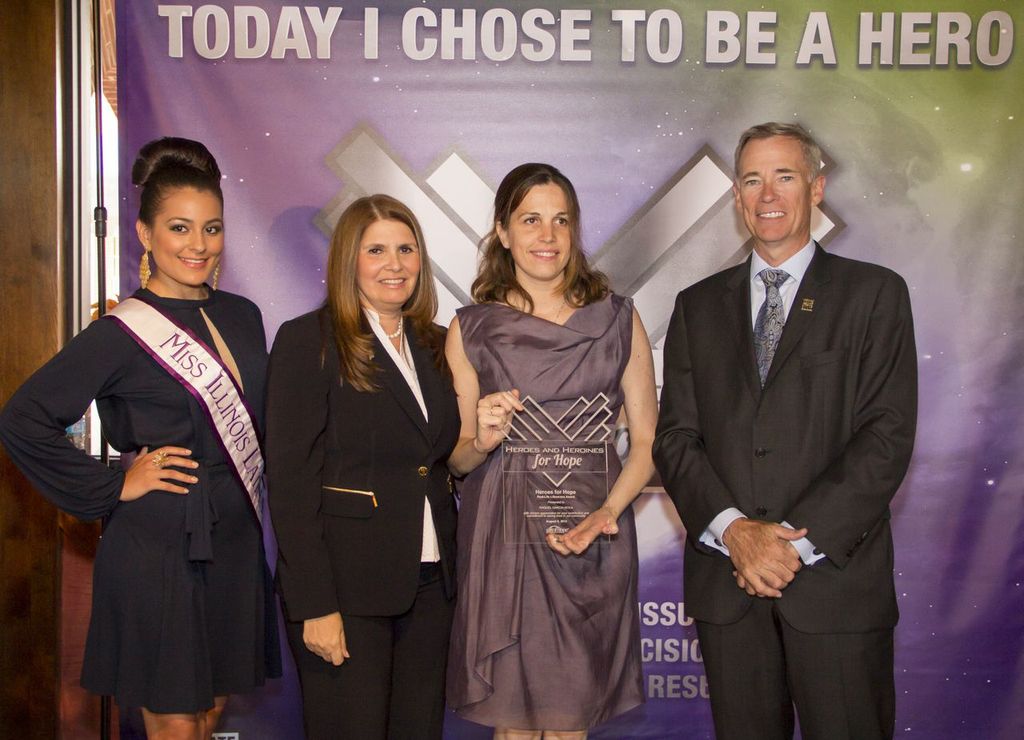 Raiza Mendoza, Hispanic Public Relations and Community Outreach Coordinator for Gift of Hope highlighted the award's spirit: "We feel honored to recognize these heroes who sometimes remain unacknowledged, but whose actions have an invaluable impact on our community. Even more so when we think about donor families, whose solidarity represents a second opportunity in life for other people. They are our true superheroes".

During the occasion, two Hispanic families received special recognition for their contribution to saving lives through organ donation. One of them was the family of Luis Ángel Pérez (18), who died from a gang-related shooting. "I've suffered from the roughest criticism, because of Ángel's issues. But all coins have two sides and even though I know he did not choose the right path in life, he was a good man and he wanted to be give life through organ donation. Now, I want to tell all these people that judged him and my family so hard, that I went from being the ‘gangster's mom' to the mother of a hero who saved 6 lives," said Cetila Portugal, Luis' mother.

Gift of Hope also awarded the Arias family, who lost their little Brianna (5) as a result of a car accident in 2002. The tragedy motivated her parents to create a community-based organization in Brianna's memory to help kids by providing a place for them to play soccer. Salvador, Brianna's father stated: "She has touched so many lives, not only through our youth center, but thanks to organ donation. She is definitely a heroine for every person she has saved and helped".

At the event, Gift of Hope offered the donation flag as a special acknowledgment to both donor families, as well as to the family of Elfego Arroyo, a true warrior for life who recently lost his battle against a rare genetic disease from which his two brothers also suffer. "We don't realize the importance of becoming an organ donor until we are in someone else's shoes who is in need of a transplant. My brother had the opportunity to receive a second chance in life, but there are many people in our community still waiting for that chance. Don't prevent them from getting this new opportunity. Become an organ donor," said Lorenzo Arroyo, Elfego's brother who is currently waiting for a liver transplant.

The award ceremony also served as the official launching of the new "Heroes and Heroines for Hope" campaign, aimed at engaging public personalities and community leaders to support organ and tissue donation.