Tiniest Patients are the Biggest Stars on Halloween 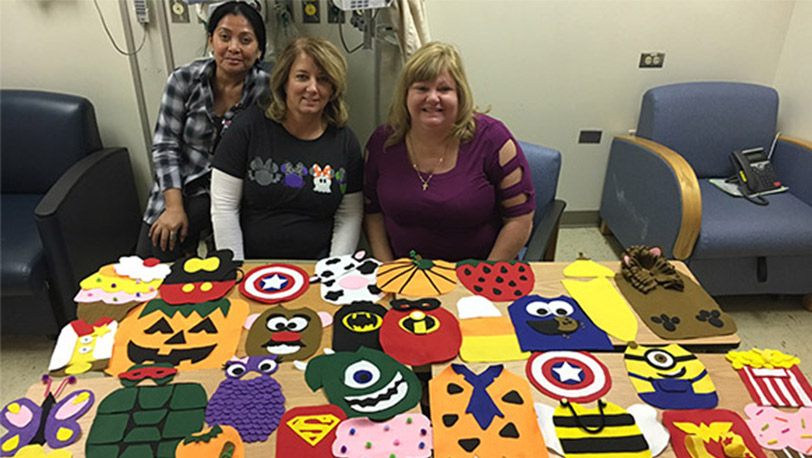 NICU nurses Noel Cortes-Caston, left, Kathy Ceranec, and Kristen Greif with the assortment of Halloween costumes for the babies in their unit.

One of the most fun days at UI Health is the annual Pediatrics Halloween Parade on the fifth floor of the hospital. Hospital staff dress up and line the hallways of the Peds unit, and our patients and their families get trick-or-treat through the crowd. It's a nice way to make sure kids don't miss out on Halloween despite being in the hospital.

This year, some nurses in our Neonatal Intensive Care (NICU) made sure our tiniest patients got to participate in the Halloween fun.

"Halloween is a fun holiday, and the costumes may help give parents a much-needed distraction from how hard it may be to have a child in the NICU," said Greif, who has worked in the NICU since graduating from the UIC College of Nursing in 1990. 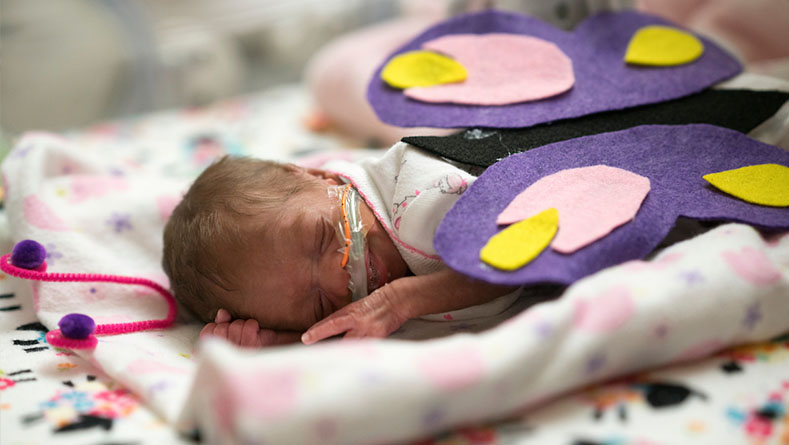 On Halloween morning, Greif and Bowen, along with other UI Health staff, visited parents in the NICU and took pictures of them with their "costumed" babies. The felt creations were flat, so to just lay on top of the babies without interfering with any of their medical care devices.

Christian Brooks' daughter, London, got her photo taken while dressed up both as a butterfly and a baby elephant, two costumes Greif crafted. "They nailed it!" Brooks said.

Brooks has been with London every day since she delivered Oct. 6, at around 28 weeks; her due date was Dec. 30.

"I love all the nurses," Brooks said. "I love how they love these babies like they're their own. For the mommies who can't come and hold their babies, they love and hold them for them.

"I picked a good hospital to have my bundle of joy," she added. 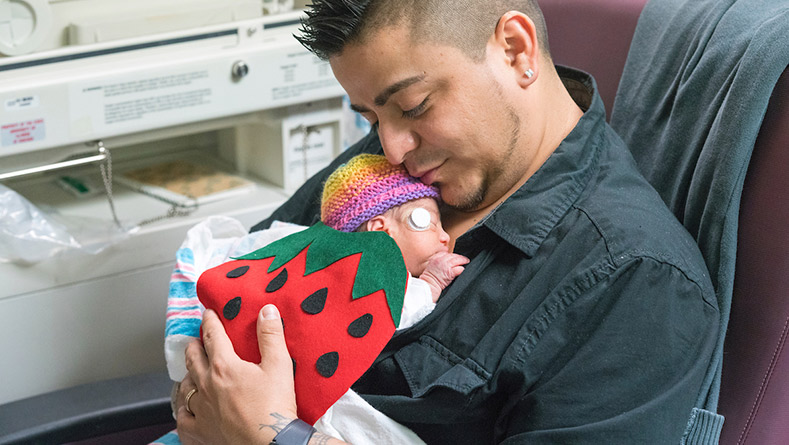 Miguel Franco with his daughter, Frida.

Karina Millan and her husband Miguel Franco were surprised and delighted when the team stopped by with a strawberry costume for their daughter, Frida. "I didn't know they were going to do anything for Halloween!" said Karina. Frida had just arrived three days earlier, at 33 weeks, Oct. 28.

Overall, 10 babies participated in the dress-up, including a pair of superhero twins - Batman and Captain America.

The NICU staff plans to make this a new tradition, similar to the Santa visits they have in the NICU each year.

"The event was so much, and it really brightened the parents' days," Greif said. "It was pretty special that we were able to help them create their first Halloween memory with their new baby, even though they weren't at home."