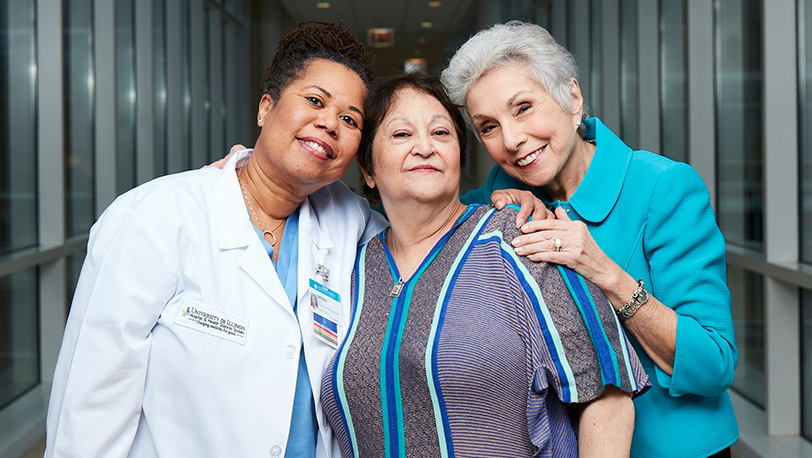 For Dr. Sandy Goldberg, there is always more to be done.

In the early 2000s, after the longtime Chicagoan survived a breast cancer diagnosis, she began hosting a TV program that invited cancer patients to call in to speak with the cancer specialists who visited the show. Despite her advocacy, she felt a stronger calling.

"Have you ever had that lightning bolt thing happen?" she asks. "My husband asked me what I wanted to do about it, and in that moment, I knew I wanted to start a foundation."

In 2006, ASLF established its Buy Mom A Mammogram program at UI Health, providing free screening mammograms and diagnostic testing. Since then, more than 11,000 women (and men) have received access to free testing and information at UI Health. The Evelyn Goldberg Mammography Center, named for Dr. Goldberg's mother, grew out of this partnership and was established at UI Health in 2012.

For her boundless kindness, empathy, and generosity, Dr. Goldberg recently was honored with a KIND People award from the KIND Foundation. The award recognizes individuals who unite their communities through selflessness and service and includes a $100,000 donation to support their organization's continued efforts.

UI Health would like to congratulate Dr. Goldberg on the honor and thank her for her partnership and continued dedication to our patients.