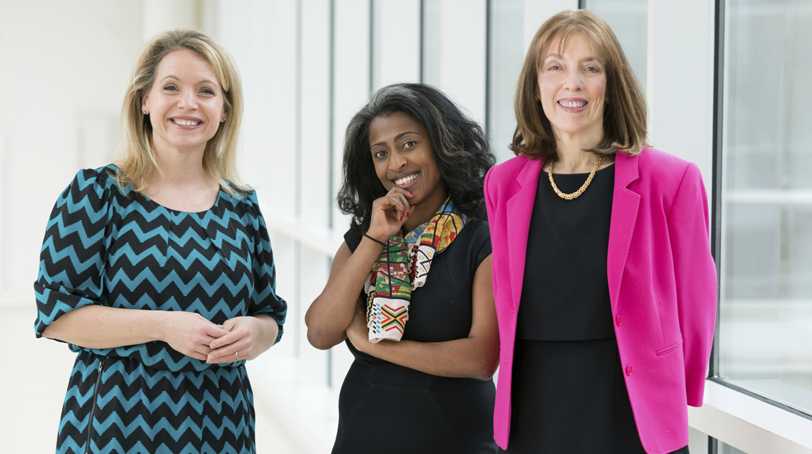 One of the most advanced technologies in modern medicine also might be its most overlooked: telehealth.

Technologies like video conferencing, email, and smartphone apps, to name a few, have become ubiquitous in everyday life. But used in a medical setting, these consultative tools help providers more accurately diagnose patients, manage their medical conditions, and even save their lives, as a trio of UI Health physicians really experienced. 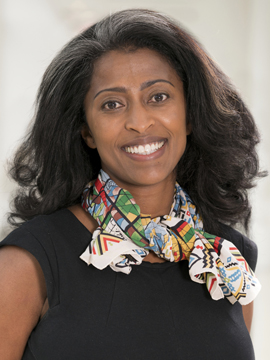 Dr. Gelila Goba, an OB/GYN at UI Health, was born and raised in Ethiopia, where she started her medical career focusing on maternal and children’s health. In the east Africa nation, just 10% of births are assisted by a skilled provider like a doctor, nurse, or midwife, and more than half of women deliver with just the help of a relative or friend. During her work there, she saw first-hand the devastating effects of inadequate obstetric care.

“Giving birth in Ethiopia is actually a considerable risk,” says Goba, who also served as the Ethiopia Country Director for EngenderHealth, a global women’s health organization. “Ethiopia has one of the highest rates of maternal mortality in the world — currently, one in 180 Ethiopian women will die from maternal-related causes.

“The rate has been improving for some time, and the government is highly committed to improvement, but the country still has a long way to go” she says.

Goba moved to the United States to complete a fellowship in Population and Leadership at the University of Washington, where she also obtained her master’s degree in public health. She then entered an OB/GYN Residency at Northwestern University. While a resident, she secured a grant from the Chicago-based IDP Foundation to help establish The Mela Project, a partnership with Mekelle University, in northern Ethiopia, to improve medical education and training specifically related to women’s health through an OB/GYN residency program. The project launched in 2012 as a collaboration between the Northwestern University Feinberg School of Medicine and Center for Global Health, the IDP Foundation, and Mekelle.

In 2015, UI Health established a relationship with Mekelle to sustain and expand the initiative. UIC OB/GYN faculty have since introduced a reproductive endocrinology curriculum and minimally invasive gynecologic procedures to program. In addition, third-year OB/GYN residents have the opportunity to do a month-long Global Women’s Health rotation at Mekelle as part of the project.

“UIC’s OB/GYN department and the Center for Global Health are both engaging in The Mela Project, with the goal of making the project a cornerstone of UIC’s Global Women's Health presence,” says Goba, who has made around 20 visits to Ethiopia to assist in the teaching and training of the Mikelle OB/GYN residents.

To date, the program has graduated five faculty and currently has 29 residents in training, primarily from Ethiopia but also including South Sudan and Somaliland.

“These graduates will become much-needed faculty who can train new residents and medical students,” Goba says. “Early and strong investment in these residents has significantly increased the quality of what they will be able to do post-residency in the fields of research, teaching, healthcare administration, and national and regional planning.”

‘If We Were in America, This Girl Would Have Had Ready Access to Comprehensive Specialized Care’

During a visit to Ethiopia last fall, Goba met a young woman whose pregnancy presented some unusual complications.

The patient — 24 years old and at term (38.5 weeks) in her first pregnancy — had a known history of mitral stenosis, a narrowing of the heart’s mitral valve. Mitral stenosis is mainly caused by rheumatic fever and can lead to heart complications later in life. An echocardiogram early in the young woman’s pregnancy showed mild pulmonary hypertension — high pressure in the lungs.

On a Friday, the patient was admitted to Ayder Hospital with worsening symptoms. By the time Goba saw her that Sunday, she was tolerating moderate exertion, but her mitral valve had narrowed further, and pulmonary pressure was severely elevated, limiting blood flow into the heart’s left ventricle, its main pumping chamber. At Ayder, Mekelle’s referral hospital, invasive blood pressure monitoring was offered only in the ICU; they did not have capacity to monitor the patient during labor. Because of that, a cesarean section was scheduled for the upcoming Tuesday. However, the Anesthesiology and Cardiology departments there did not have experience with caring for a similar patient.

“I thought: If we were in America, this girl would have had ready access to comprehensive specialized care,” Goba says. “The fact that the hospital had lost two women to a similar cardiac condition recently made all of us extra attentive. It was an easy decision to try to reach out to my colleagues at UI Health.”

That afternoon, Dr. Goba sent an email to Dr. Joan Briller for a consultation. Briller is director of UI Health’s Cardiovascular Program for Women and has extensive clinical expertise in treating heart disease in women who are pregnant. 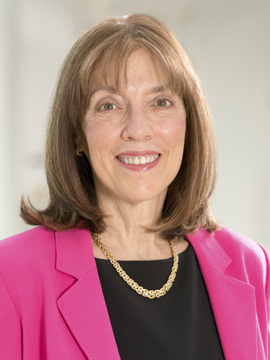 “Pregnancy places significant challenges for women with heart disease,” says Briller. “In our country, cardiovascular disease has emerged as a leading cause of maternal mortality. And although mortality from rheumatic heart disease in developed nations is relatively rare, it is more common in developing and underdeveloped countries.”

During pregnancy, cardiac output increases by about 50% to supply the needs of the fetus, starting early in pregnancy and rising rapidly until the end of the second trimester or the beginning of the third, says Briller. The increased output is a result of both an increase in heart rate and stroke volume — the amount of blood pumped each beat.

“These changes are even more significant during labor and delivery due to anxiety and discomfort, uterine contractions, increased oxygen consumption, and changes in blood pressure,” she adds.

For women with mitral stenosis, the demands of pregnancy can lead to further complications, such as congestive heart failure and increased risk for stroke and arrhythmia. One therapy that can be used during pregnancy for women with mitral stenosis — balloon mitral valvuloplasty, an interventional cardiac catheterization procedure — was not available for this patient.

Within two hours, Dr. Briller had emailed back Dr. Goba and outlined potential treatment options for both the delivery and postpartum, depending on circumstances. With the patient’s medical history and current condition, the focus would be on keeping her heart rate slow, treating her fluid volume, avoid clotting, and treating any arrhythmias that developed.

“Complications often occur in the third trimester, during labor and delivery, and in the first week or two postpartum,” Briller says. “We often feel that the heart requirements of delivery are less with a vaginal birth than with a C-section, but in this case, we did not have the option for some of the interventions we would use, such as an epidural anesthetic.”

Because the anesthetic limitations at Ayder added another level of complication to an already high-risk case, Briller brought into the conversation Dr. Heather Nixon, chief of the Division of Obstetric Anesthesiology at UI Health, to advise on an anesthetic course. 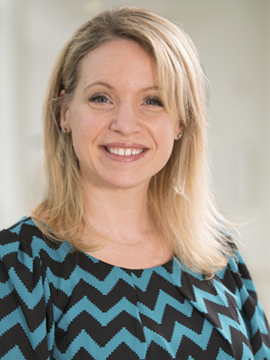 “Although most healthy patients in the United States receive spinal anesthesia, which is a single injection of medication into the fluid by the spinal cord, for cesarean delivery, this can result in rapid changes in blood pressure that a patient with a sick heart will not tolerate,” Nixon says. “In most cases, we try to avoid general anesthesia for this type of patient, but it was the better option compared to spinal anesthesia, as it could be done in a controlled manner.

“The really difficult decisions revolved around medication management,” Nixon says. “The providers did not have access to many of the cardiac medications that we would have in the United States, so we had to review what was available and how it might be used depending on the clinical circumstances.”

‘Baby and Mother Both are Doing Very Well’

In less than 24 hours, the three UI Health doctors had coordinated a pre- and postoperative care plan for a high-risk patient who was more than 7,000 miles from Chicago.

“We had an interdisciplinary meeting with the team in Mekelle and developed an action plan anticipating potential outcomes,” Goba says. “Everyone in Mekelle was aware of possible negative outcomes, but the discussion helped us to be proactive. The input of Drs. Briller and Nixon also created an opportunity foster interdisciplinary collaboration.”

The procedure went well, with no major events, and the mother delivered a healthy baby.

This instance multidisciplinary care coordination was a notable achievement for UI Health’s Telehealth Resource Center. The center is one of the largest telemedicine facilities in Chicago and is continuously working to expand its technology tools to improve the health of patients in Illinois and beyond.

“Appropriate management of a patient with cardiac disease during pregnancy requires teamwork on the part of all — OB, anesthesia, cardiology — and in this case two sets of the above,” Briller says. “Telehealth allowed us to do that with a successful outcome.”

Added Goba: “It was incredibly reassuring to have UI Health cardiologists and anesthesiologists standing by to assist their Ethiopian counterparts. Fortunately, the procedure was successful, and baby and mother both are doing very well.”

Following the delivery, there was one more piece of communication— an email from the patient’s brother to Dr. Goba:

All of us wish to thank you, Dr. Gelila, for your kindness, wisdom and excellent care of our sister. Now that she is out of danger, we think it's time to give credit where it is due. Competent, sensitive and public servant physicians like you are the prize of the medical profession and our community. The support of your outstanding staff is still priceless. Please express our appreciation to everyone who worked with you. We all don’t have enough words about you other than named the new baby Gelila, hoping that she would go along your path and save the life of needy and poor mothers. We are thankful that she will be around for a long time yet to sing your praises.
God bless YOU!!!!