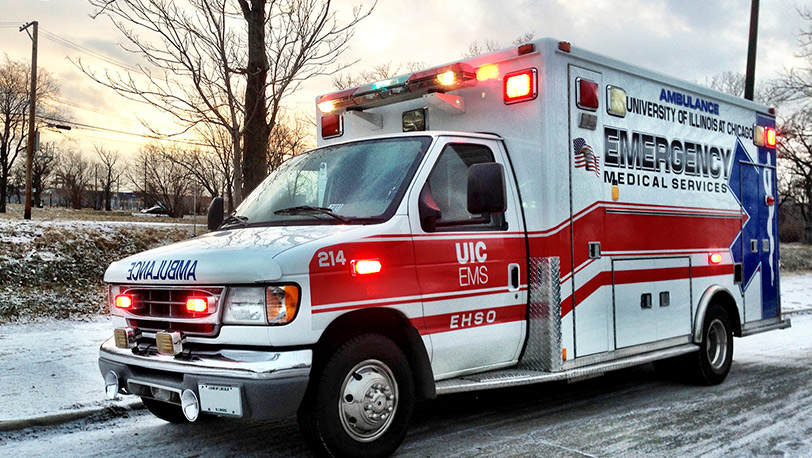 UI Health, the University of Chicago Medicine, and Northwestern Memorial Hospital are part of a newly formed national network that will collaborate to conduct clinical trials designed to improve the outcomes for patients with neurologic, cardiac, respiratory, hematologic, and trauma-related emergency events.

“The SIREN network enables us to recruit patients across dozens of hospitals, and lets us focus on determining the best ways we can care for vulnerable patients,” said Dr. Marina Del Rios, assistant professor of emergency medicine at UI Health and co-principal investigator on SIREN.

The SIREN network will conduct clinical trials funded by the National Institutes of Health, the Department of Defense, and the National Center for Advancing Translational Sciences. Trials that tap into the SIREN network will have access to expanded patient populations, including minority and underserved populations, which have traditionally been left out of clinical trials.

“Establishment of the SIREN Mid-America Clinical and Translational Science Awards Consortium will enable us to find improved treatments for some of our sickest patients, including those with heart attacks, lung disease, trauma, and other life-threatening emergencies,” said co-principal investigator, Dr. David Beiser, associate professor of medicine & pediatrics at the University of Chicago. “We look forward to working with other SIREN centers, the Consortium, and our community to improve emergency care on the south side of Chicago.”

“We are excited to be a part of a network of hospitals collaborating on better ways to maximize outcomes and preserve health for our patients in downtown Chicago during the most critical time of an emergency,” said Dr. D. Mark Courtney, research director in the department of emergency medicine and co-principal investigator on SIREN at Northwestern Memorial Hospital. “By working with a multidisciplinary team of specialties in cardiology, neurology, surgery, pulmonary and critical care at the hospital, our goal is to advance acute care by developing translational research from innovation to the bedside.”

SIREN is a nationwide network of emergency departments led by 11 clinical centers called hubs. Northwestern Memorial, UChicago, and UI Health, in addition to Indiana University and the University of Texas Southwestern, are part of the Mid-America SIREN Hub, which is led by the Medical College of Wisconsin.